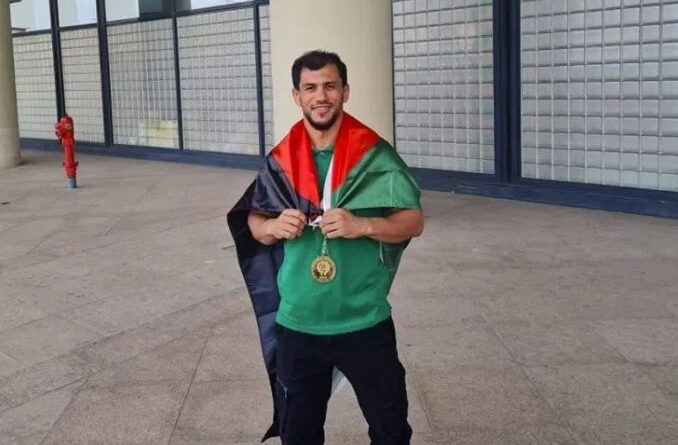 The International Judo Federation (IJF) has suspended the Algerian judoka Fethi Nourine and his coach from participating in any activities or competitions organized by the body for 10 years after refusing to face Israeli athlete Tohar Butbul, at Tokyo 2020.

Nourine was due to face Sudanese player Mohamed Abdalrasool, on July 24, in his first match in the round of 64, and would have been paired with Israeli Tohar Butbul in the round of 32 in the men’s 73kg weight category.

The International Olympic Committee took the decision to suspend Fethi Nourine for 10 years over his support of the Palestinian cause and rejection of normalization, which he expressed by refusing to compete against an Israeli judoka in the #2020Olympics. pic.twitter.com/4P9f20zgFs

However, four days before the match, Nourine announced that he would be withdrawing from the event because of his views and support for the Palestinian cause.

After returning to Algeria in July, Nourine told reporters:

“My coach and I took the decision together and I am proud of it. This decision honors me first, honors my family, and honors the Algerian people and the Algerian state, because President Abdelmadjid Tebboune declared to the world that we do not consent to normalisation, and we support the Palestinian cause.”

“I was there to win a medal but instead won a cause, its an honor

When i see Palestinians happy by my decision & zionists angry about it, thats an honor im proud of

The International Olympic Committee considered Nourine’s decision a “violation of the Olympic Charter regulations”. The ruling takes effect from July 23, 2021.