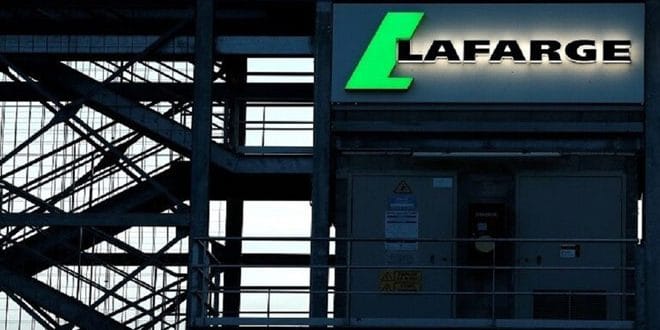 Paris, SANA- The French Court of Cassation has confirmed the accusation of financing terrorism in Syria against the French cement company Lafarge, while it overturned the decision of the Court of Appeal to dismiss charges brought against the company for complicity in crimes against humanity in Syria.

“In this case, it is sufficient to knowingly pay millions of dollars to a group, whose aim is exclusively criminal, to give the character of complicity, regardless of whether the party in question is acting in order to carry out a commercial activity or not,” the AFP quoted the Court of Cassation as saying in a statement.

In turn, the lawyer for the Sherpa NGO William Bourdon considered that “the Court of Cassation proved that the investigating judge was right on two main points by confirming the prosecutions for terrorism financing and by reopening the controversy in the accusation of complicity in crimes against humanity, which will be kept in view of the compelling elements in the file.”

The documents indicated that there were more than 30 meetings between Lafarge and the French local, foreign and military intelligence between 2013 and 2014. According to French media, the company provided the terrorist organization with materials and fuel to continue its terrorist activity, while the company admitted in 2017 to paying amounts to armed groups and financing ISIS in Syria in 2016.

According to official French documents, relations between Lafarge and French intelligence agencies began on January 22, 2014, when the company’s Security Director, Jean-Claude Villard, sent an email to the Intelligence Directorate of the Ministry of the Interior, in which he indicated maintaining relations with the actors to continue their operations in Syria.

In 2018, the French judiciary formally charged the French-Swiss cement company Lafarge with complicity in crimes against humanity after it was accused of financing terrorist organizations, including Daesh (ISIS) in Syria.

It is noteworthy that France, along with the United States and some European countries, in addition to the Gulf kingdoms and sheikhdoms and the regime of Recep Tayyip Erdogan, have supported terrorist organizations in Syria over the past years with money and weapons and provided them with political cover.