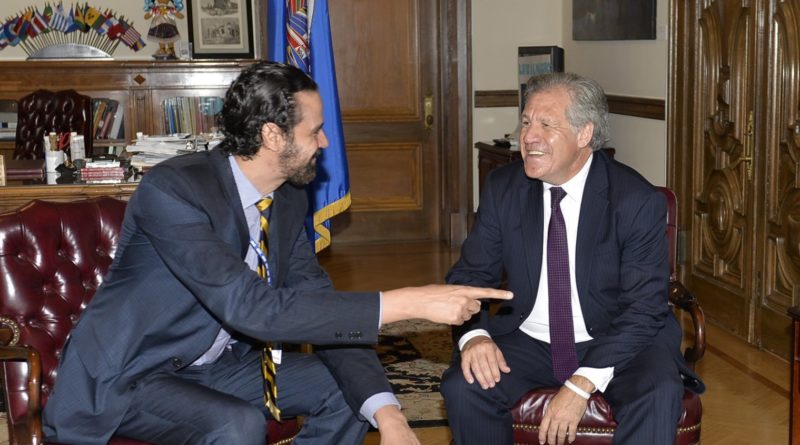 Caracas argues that the organization has no jurisdiction as Venezuela withdrew from the Organization of American States in 2019.

Mérida, February 3, 2020 (venezuelanalysis.com) – Venezuela has warned the Inter-American Commission on Human Rights (IACHR) that its proposed visit to the country has not been authorised and will not be accepted.

The Washington DC-based organisation announced a five-day delegation to Venezuela starting on Tuesday. It was invited by self-declared “Interim President” Juan Guaido to “observe” the human rights situation in the country. The IACHR has not visited the Caribbean country in 18 years.

Caracas reacted on Friday, however, describing the proposed visit as “improper” given that the country is no longer part of the IACHR’s mother institution, the Organisation of American States (OAS) and OAS do not recognizes President Maduro’s government.

Venezuela left the OAS in April 2019 after accusing the multilateral organisation of repeated acts against Venezuela’s sovereignty. Guaido appointed representatives, however, continue participating in OAS meetings.

RELATED CONTENT: Venezuela Does Not Accept IACHR Delegation (We are not in the OAS anymore)

Venezuela’s Foreign Minister Jorge Arreaza took to Twitter on Friday, clarifying that “The government of the Bolivarian Republic of Venezuela has not invited nor accepts the visit of any IACHR delegation. The visit announced in the press is NOT authorised.”

Caracas’ general secretary of the National Human Rights Council, Larry Devoe, also explained that Venezuela “does not recognise nor assign legal value to the actions of the OAS and the IACHR,” in a public communiqué to the multilateral body.

In addition, Devoe confirmed that the country will rather continue working with the office of the UN High Commissioner for Human Rights on the matter. The body, headed by former Chilean president Michelle Bachelet, sent a delegation to Venezuela last July.

Guaido responded to the measure by assuring followers that the IACHR visit will proceed, as well as reaffirming his credentials to extend such invitations.

“As the legitimate government and with Venezuela a member of the OAS and the Inter-American system, we ratify the invitation for the IACHR to visit our country,” he wrote on Twitter.

The former National Assembly president is currently wrapping up an international tour which has taken him to Colombia, the UK, Belgium, France, Spain, the USA and Switzerland, where he attended the Davos Forum.

Guaido has been in Florida in recent days, where he has met with Republican Senators Marco Rubio and Rick Scott, as well as Congresswomen Debbie Wasserman Schultz and Donna Shalala and Miami Mayor Francis Suarez. Florida representatives have been some of the drivers of sanctions and legislation against Venezuela.

Despite coinciding with US President Donald Trump’s visit to his Mar a Lago resort also in Florida, no meeting took place between the two men. According to media reports, Guaido’s team lobbied for a meeting with Trump but to no avail.

The opposition leader also held a rally for US-based supporters at the Miami Convention Centre on Saturday, before meeting with US charge d’affaires for Venezuela (based in Bogota), James Story.

Guaido has stated that he will return to Venezuela in the “next few days” and has called for more street rallies.