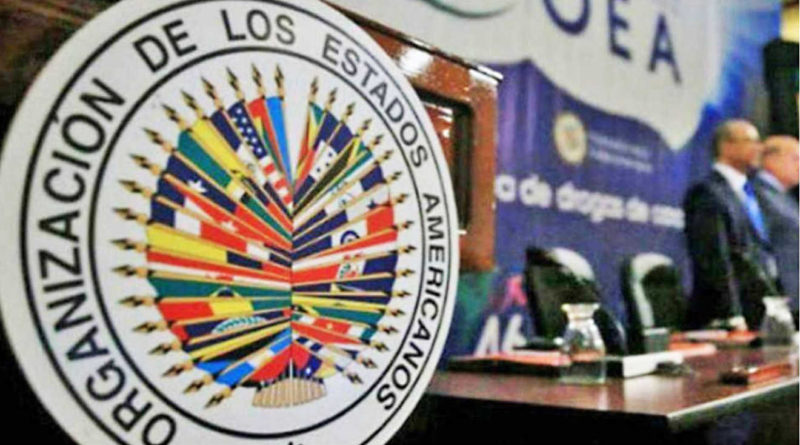 “Venezuela is NOT a member of the OAS. The Government of the Bolivarian Republic of Venezuela has not invited or accepted a visit from any delegation of the Inter American Commission for Human Rights (IACHR). The visit announced in the media is NOT authorized,” said the Foreign Minister of the South American country, Jorge Arreaza on Friday, before the alleged attendance of the IACHR to our country scheduled for the first week of February, with the presence of alleged defenders of Human Rights NGOs.

Through his Twitter account, the Venezuelan diplomat issued a “clarifying communication” sent to the Executive Secretary of the IACHR, Paulo Abrao, on January 27, 2020, where the Bolivarian government indicates that Venezuela, as a country independent of the OAS, an international body subordinated to the interests of Washington, does not recognize and does not grant legal value to any of the actions of people who “usurp or intend to usurp the legitimate representation of our country, in accordance with the rules of International Law and the Constitution of the Bolivarian Republic of Venezuela.

The IACHR is a principal and supposedly “autonomous” organ of the Organization of American States (OAS) responsible for the promotion and protection of Human Rights in Our America.

On several occasions, the president of Venezuela, Nicolás Maduro Moros, has indicated that the OAS has become a space of imperial domination. In that sense, the Venezuelan statesman has affirmed that the aforementioned international organization has committed clearly intrusive spurious acts as a result of an alignment of right-wing governments in the region, supervised by the United States government.

The OAS carried out interfering and arbitrary actions against the sovereignty of Venezuela in recent years, which is why the nation formally left the organization on April 27, 2019. It is a historic event because no State, to that date, has withdrawn from that hemispheric body.

Several spokesmen of the Bolivarian revolution, as well as intellectuals, have denounced the IACHR for political bias; “it has been systematically manifested since 1999, paying more attention to projects of cooperation or information laws and not to the violation of human rights like the one of The Caracazo (1989) and the massacres of Cantaura (1982) and Yumare (1986) ”, all occurring in Venezuela during the decades of neoliberalism.