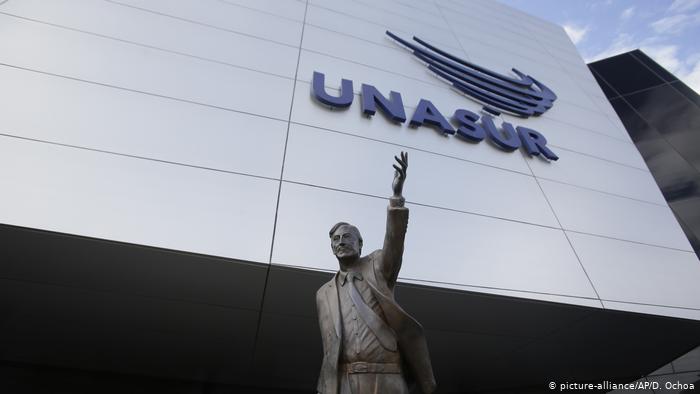 Caracas, April 03, 2021 (OrinocoTribune.com).- In this new episode of Chavista Chronicles from Caracas we had the pleasure to interview Joe Emersberger, an author and journalist with Ecuadorian roots based in Canada. His work has appeared in FAIR.org, Telesur English, ZNet, CounterPunch, Monthly Review and many other alternative outlets. He is one of the best and most prolific leftist writers on Ecuadorian politics in the English language.

The second round of the Ecuadorian presidential elections is scheduled to be held next Sunday, April 11. Many around Latin America and the world have their eye on the political battle that has a decisive significance for the future of the Pink Tide in the region and popullar rejection of nefarious neo-liberal governments which have put the interest of the United States and the elites above the interests of the people.

We asked Joe four questions, and at the end he made two questions/comments that we value highly because they allowed us to review President Maduro’s stand on Ecuador and on Andrés Arauz, and also to review Arauz’s stand on Venezuelan issues.

Our questions were:
1.- How do you see at this moment the perspectives for Andrés Arauz to win the second round?
Emersberger sees Arauz wining the second round with a 5% diference over Guillermo Lasso, the multi-millionaire Ecuadorian banker who came in second place with a very close—and controversial— lead over Yaku Pérez of Pachakutik. According to Emersberger, besides a good campaign on the part of Arauz aiming at Lasso as the continuation of Lenin Moreno’s government, and a recently unveiled scandal regarding Lasso’s multi-million dollar properties in the state of Florida, United States, Arauz has also been attacked aggressively by Lasso accusing him—without any proof—of being a former worker for Lenin Moreno.

2.- Do you think splits and resentments within Correismo had an effect on the first round results or might have an effect on the second round?
Emersberger’s response discarded this argument raised by some in Ecuador and outside. According to Joe, the first round results were more the consequence of the aggressive lawfare or political-judicial persecution of Rafael Correa and anyone who was sympathetic to him, and in a smaller degree, of the frictions with the complex Ecuadorian indigenous movement.

3.- Do you expect Arauz to be able to bring the Pachakutik base to his side not only for the second round but also for parliamentarian life?
In this regard, our interviewee explained that an important part of the indigenous Pachakutik base is supportive of Arauz, and that will be reflected in the second round results. A more complex task will be dealing with a very fragmented parliament in which Union por la Esperanza (Arauz’s party) does not have clear majority and will be forced to reach agreements with other political forces, Pachakutik being the second most important.

4.- Please, share with us your thoughts on the effect of Arauz’s victory or defeat on Latin America and the world.
It will be terrible for the progressive movements in Latin America and the world if Andrés Arauz is not able to prevail in the second round, said Emersberger. But he was very optimistic of Arauz’s chances to win the presidential race.

At the end of the interview Joe made the following comments/questions:

1.- What is President Maduro’s stand on the elections in Ecuador and why has he not said much about Arauz?
We let Joe Emesberger know that President Maduro’s personality is very different from that of Hugo Chávez who was very outspoken about any and all political debates in Latin America and the world. We told him that we believe President Maduro is very cautious in making statements about political disputes outside of Venezuela, probably due to mainstream demonization of Venezuela but also due to the complex fronts he has to resolve inside Venezuela, with the country being under the worst imperial aggression in its entire history. But we also told him that a few days before the first round elections in Ecuador, President Maduro had expressed his support for Arauz and against the nefarious government of Lenin Moreno.

2.- Joe commented on Arauz’s stand in relation to Venezuelan politics like in the case of former deputy Juan Guaidó, and Arauz’s position on regional unity.
In this matter, Emersberger commended Arauz for making clear that he would never support a baseless project like the one centered around former Venezuelan deputy, Juan Guaidó. He also expressed that one of the things that he likes the most about Arauz’s politics is his commitment to restoring Latin American projects for regional integration and unity, like UNASUR and CELAC, which is the exact opposite of the policy of Lenin Moreno.