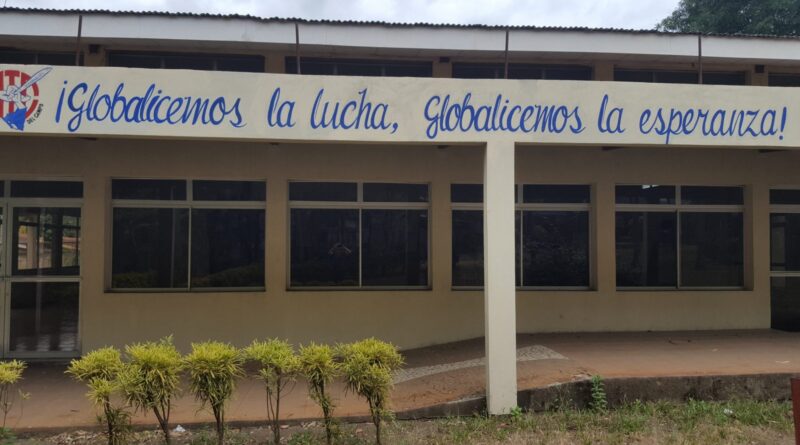 As I traveled in Nicaragua on the recent Sanctions Kill delegation, one thing was clear, social transformation (revolution) requires both political power and participation by the people. Without political power, revolutionary programs will not have the material resources they require. Without the participation of the people, revolutionary programs, even with resources, cannot be put into practice and defended.

Right now, Nicaraguans have both and they are making great progress in building a new society or as it is often referred to in Latin America, ‘Buen Vivir,’ (the good life). They are demonstrating what we mean when we say “transforming society to put people and the planet over profits.” And this is one of the reasons why the United States is targeting Nicaragua through hybrid warfare including a misinformation campaign, direct interference in the politics of the country and economic attacks. It is clear the United States is already working to undermine the upcoming presidential election in Nicaragua scheduled for November 7, but that is a necessary topic for another day.

In this newsletter, I will focus on two aspects of the ongoing Sandinista revolution in Nicaragua: building power through organizing peasant workers and building a multicultural society that respects the sovereignty of Indigenous Peoples. Both contain lessons for activists in the United States. 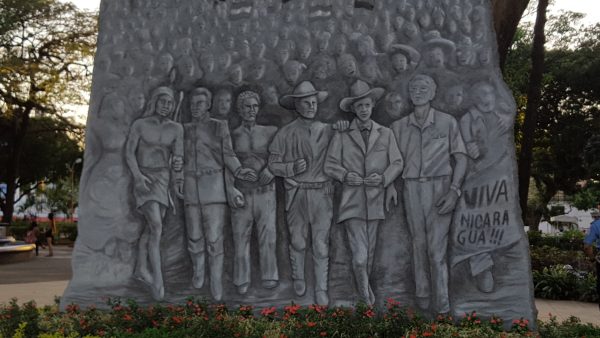 In the last newsletter, I wrote a bit about the history of the popular struggle in Nicaragua, the largest country in Central America that has a low-density population of around six million people. Through a mass armed movement, Nicaraguans ousted the US Marines in the early twentieth century but that was followed by almost 50 years of the brutal dictatorship of the US-backed liberal party led by the Somoza family. Throughout that period, a minority of people (5%) owned most of the land (80%).

RELATED CONTENT: Nicaragua is Teaching us How to Put People over Profits

In 1979, the same year that the US-backed Shah of Iran was defeated, the Sandinista National Liberation Front (FSLN), which began in the 1960s, overthrew the Somozas and was finally able to start putting its 13-point socialist program into practice. Although there were setbacks during the US-backed Contra War of the 1980s and the neoliberal period from 1990 to 2006, in the past 14 years, Nicaragua has made major achievements that other poor countries and many a rich country like the United States have not been able to make.

Their successes include access to free education from preschool through the university level for all people, universal healthcare, land ownership, a pension, the empowerment of women, youth, and marginalized populations and more. Nicaragua has a primarily popular economy composed of cooperatives and small farms and businesses. It has achieved food sovereignty with 90% of the food consumed being produced locally and a growing agricultural export market. It is building infrastructure, particularly roads, electricity, and potable water. Currently, over 98% of homes have electricity and 75% of that comes from renewable sources. Almost one-fourth of the energy produced is geothermal as Nicaragua is a land of volcanos. Learn more in this Clearing the FOG episode taped in Nicaragua.

It took many decades to create the conditions in which these achievements could be made. The struggle to put the Sandinista revolution into practice and to defend the gains continues. Both the FSLN and the Rural Workers Association (ATC) are integral parts of that struggle. 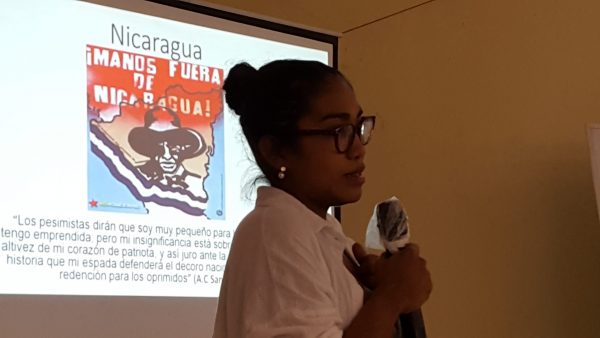 Yorlis Luna, a professor and coordinator with IALA, lectures the delegation (Margaret Flowers)

The Rural Workers Association officially began forty three years ago this week, although the work to start organizing and unionizing peasant workers began in the early 1970s, at the same time that the FSLN was growing. In my interview with Fausto Torres, who has been with the ATC from early on and currently serves as the Secretary of International Relations, he explains that the ATC and FSLN were born out of the same struggle with the ATC being composed of workers and the FSLN providing a political platform rooted in worker empowerment. Both arms of the revolution complemented each other. For example, the ATC provided food and safe houses for FSLN fighters during the Contra War and many Sandinistas who defended the revolution during that time came from the ATC.

After the Somoza dictatorship was overthrown, it was the ATC that made the agrarian reform, which transferred land from large landowners to over 120,000 peasant families, a reality and helped to defend those land gains. The ATC provided literacy programs and helped new land owners learn to make their small farms productive. Some land owners formed cooperatives.

RELATED CONTENT: La Via Campesina in Venezuela: A Mission for the Brotherhood, Solidarity and Truth of the People

After the Contra War, the ATC facilitated a reconciliation process between people who fought on both sides. Today, Sandinistas and former Contras live and work side-by-side in many communities and belong to the same cooperatives. The ATC continues to organize rural workers and educate them about labor laws and it has special programs for youth and women.

The ATC has several schools. One of its newer ones is the Latin American Institute of Agroecology or IALA (based on the name in Spanish), which educates people from all over Latin America. IALA incorporates traditional knowledge and the latest science to create practices that are sustainable, address the climate crisis and serve the cultural needs of local communities. In line with the values of the ATC and FSLN, emphasis is placed on the inclusion and empowerment of  youth and women to support the development of new leaders.

In the early 1990s, the ATC globalized its peasant movement by founding La Via Campesina, a member organization that currently operates in the Americas, Africa, Europe, Asia and Oceania and represents over 200 million rural families who are working to build a democratic and non-exploitative society. In addition to peasant workers, La Via Campesina members include migrants, landless peasants, and human rights defenders. There are four major areas of work: land reform, food sovereignty, peasant culture and socializing common goods. As an organization, it operates through collective leadership and participatory democracy. La Via Campesina values gender equality, youth participation, diversity, discipline and international solidarity. It is anti-capitalist, anti-imperialist and anti-patriarchal.

La Via Campesina runs a number of campaigns. One of them targets transnational corporations, particularly those based in the United States, that are pushing the “Green Revolution,” which is trying to dominate land ownership, control food production and push a toxic and exploitative food system based on profits for a few. A recent success in that struggle was the passing of the Universal Declaration on the Rights of Peasants and Other People Working in Rural Areas in late 2018 at the United Nations. It should not be a surprise that the United States and some European Union countries opposed it.

The ATC and La Via Campesina are building the local and global popular movement necessary to challenge corporate power and capitalism and create a world that can protect the rights of all people and mitigate the climate crisis. We activists in the US have much to learn from them. 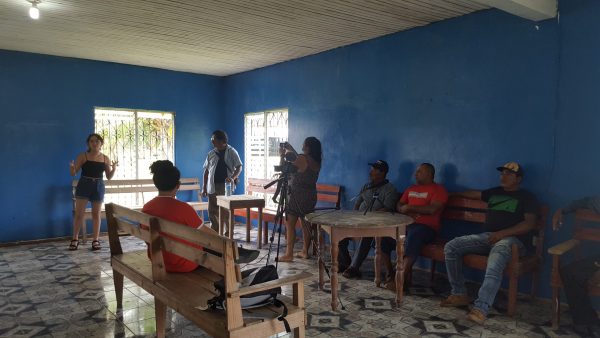 Another accomplishment in Nicaragua is their ongoing work in the Autonomous Zone, composed of 47% of the nation’s land on the Northern and Southern Caribbean Coasts, to restore the rights of Indigenous Peoples and Afro-descendants who have been discriminated against for a long time. It offers a model for the United States to consider.

This work is grounded in the Nicaraguan Constitution passed after the overthrow of the Somoza dictatorship that values a multi-ethnic society. Due to the Contra War and the neoliberal period that followed, most of the gains have been made in the last decade or so since Daniel Ortega was restored as the president. There was a ten year period of negotiations between the government and the autonomous communities that resulted in the titles of 33% of the national territory being granted to twenty three Indigenous and Afro-descendant Peoples who requested them.

Indigenous leaders decide what parts of the land are to be used for housing or agriculture and the regulations regarding whether or not non-Indigenous people could live there. For example, the capital of the Northern Caribbean Coast, Bilwi, is owned by the people in Karata and they receive taxes from the city, which was formerly called Puerto Cabezas.

In recent years, unprecedented amounts of money have been spent on building highways to connect the communities with each other and with markets for their goods. There was also a big expansion in health care facilities and infrastructure for electricity and water. Education is also a high priority. Schools are multilingual to include the maternal language as well as Spanish and English. The university system is dedicated to multiculturalism and “rescuing” traditional knowledge. Their development plan is based on human development rather than exploitation.

Some of the major industries in the region include mining, forestry and cattle. They are working on mining methods that reduce the environmental impact and pollution from it. For timber, the community has to approve any plans and it owns and benefits from the entire process. Similarly for cattle, the community decides who can have cattle farms. As the climate crisis expands the “dry zone” outside of the Autonomous Region, non-Indigenous cattle farmers have been looking for other areas to raise their herds and this has been used by the United States as a way to attack Nicaragua through a false tale of assaults on Indigenous communities, known as “the Conflict Beef” story. This is far from the reality, as John Perry explains.

Although there have been a few small victories recently in the United States of returning land to Native American tribes, we still have a long way to go. Nicaragua demonstrates a model that is indigenous-led with the state playing a supportive role. Imagine if land in the United States was returned to the Indigenous Peoples who would control what is done on the land, including who could live there. This would go a long way to reversing the centuries of oppression and stolen wealth and could finally end the era of settler colonialism. 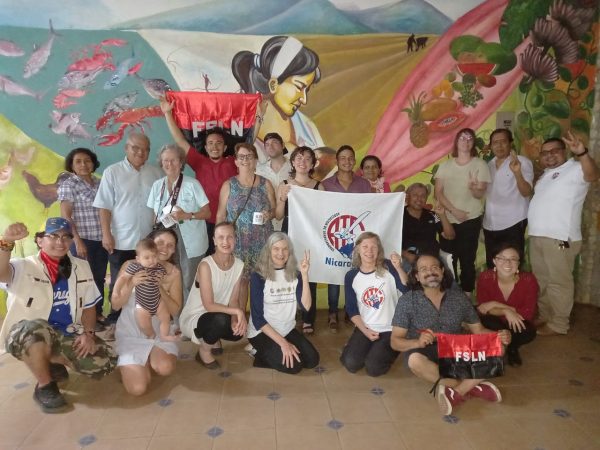 The Sanctions Kill delegation with members of the ATC in Managua. Friends of the ATC (ATC)

There is a lot we can learn from Nicaraguan people about how to organize, resist and build a multicultural society based on participatory democracy, empowerment and healing the Earth. The Sanctions Kill delegation provided a glimpse into this powerful work but there is more to know about the specific programs and how they could be translated into our work here to hold our government accountable and transform our society.

One concept that arose during the delegation is that of “revolutionary discipline.” Revolutions don’t just happen. They are the fruit of dedication to education and struggle. We can each practice revolutionary discipline in our communities through political education, organizing, putting pressure on the government and building alternative programs. Through this work, we will build the mass movement necessary to succeed.

We must also work to protect Nicaragua and other revolutionary societies that are targeted by US foreign policy for daring to defend their self-determination and sovereignty. We witnessed the violence and destruction of the 2018 US-backed coup attempt. We already see the US laying the groundwork to interfere in the presidential election in Nicaragua this November. Let us also put revolutionary discipline into practice by not allowing ourselves to be fooled by false media narratives and by raising our voices against US interference.

The photo at the top of this newsletter was taken at the ATC School in Managua. It reads “Globalize the Struggle, Globalize the Hope.” This is our call to action so that we can build a world of Buen Vivir for everyone.