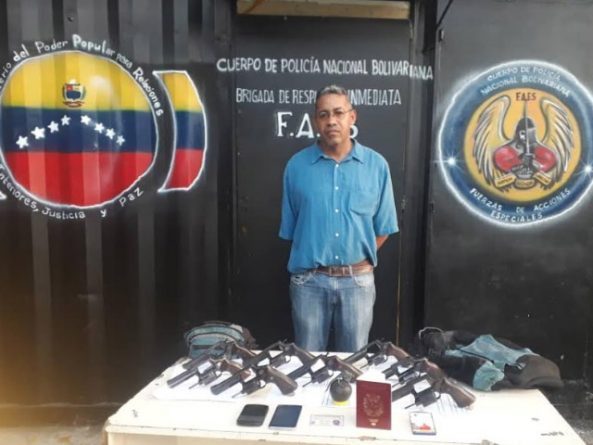 Officers of the Special Actions Force (Faes) captured Emilio Boulanger this Saturday, May 11, who is one of the individuals implicated in the failed coup attempt carried out on April 30 and led by deputy Juan Guaidó and the fugitive from justice, Leopoldo López.

At the time of his capture, Boulanger, who was currently acting as president of the new Chacao Municipal Market, had eight revolvers, a fragmentation grenade and two cell phones.

The participation of this subject in the events of April 30 were widely recorded in photos and videos, which were published by various media and circulated through social networks. His connection with anti-chavista leader Capriles Radonski was also evident.