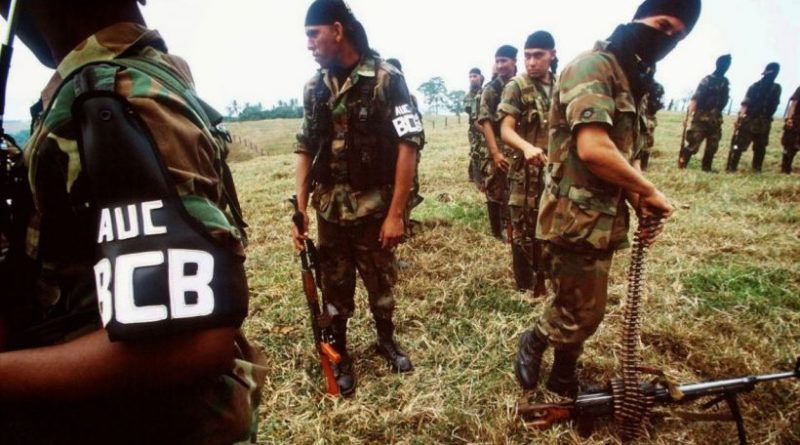 The central command of the United Self-Defense Forces of Colombia (AUC), a recognized Colombian paramilitary army, announced that the Venezuela block will be created to “hunt the FARC narcoterrorists”, “as well as their protectors,” in reference (according to the Colombian oligarchy narrative) to the Nicolás Maduro government.

In a statement, reproduced by several Colombian media, they announced that “we will support the commands that are already operational in the Republic of Venezuela that seek to end the FARC narcoterrorists and restore the rule of law in the sister Republic.” RELATED CONTENT: Exclusive: Jesus Santrich Responds With an Open Letter to All Who Question Him They said they will provide “all the resources that are within our reach so that the dictatorship falls and Venezuelans can return to their homes in conditions of dignity and with absolute respect for their rights as citizens.”

For the AUC, the families of the FARC members are “military targets”, as well as “their sponsors, partners, protectors and defenders, their drug trafficking businesses, in addition to the ELN and their businesses.”

In that same group they mentioned “the politicians who defend, sponsor, hide, finance and lend themselves to defend the narcoterrorists, the members of the FARC secretariat, their command structure and their armed branch.”

The reasons presented by the AUC are laughable, however, and the paramilitary group is a clear threat to Venezuelan sovereignty in announcing the creation of the “Venezuela block.”

This could be a prelude to the threats that have been pronounced by the Colombian government headed by Iván Duque, whose connections with paramilitarism have been made evident by the photos of Juan Guaidó with members of Los Rastrojos, who were supported with logistics from the Colombian State during the Venezuela Aid Live concert and on February 23, 2019.

At the same time, the rise of the AUC is consistent with the term of office of Álvaro Uribe Vélez as Colombian president. In that period, multiple human rights organizations and independent journalists denounced Uribism as being intimately connected with paramilitarism and drug trafficking, as in the best times of Pablo Escobar.