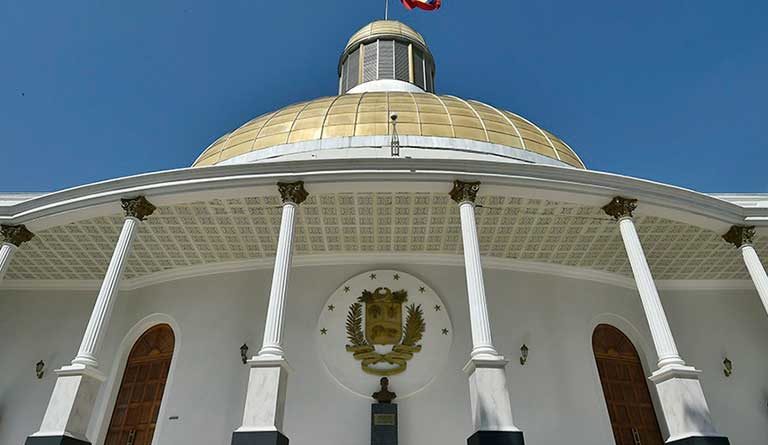 During the parliamentary session convened for today, January 5, with the purpose of renewing the board of directors of the national assembly (currently in contempt), the opposition deputy for First Justice (PJ) Luis Parra was sworn in as the new president of the National Assembly. The session, initially scheduled for 11 in the morning, was held after one in the afternoon, with the presence of the deputies in the chamber. After 1:30 pm Deputy Luis Parra was sworn in as the new President of the National Assembly, as proposed by the Jose Brito grouping.

This new board of directors was proposed by José Brito, who accused Juan Guaidó of “completely abandoning parliamentary management” dedicating himself “to consolidating a personal power structure”, while noting that his management at the head of the legislature was characterized by his “incompetence, disability and excessive desire for power.”

The New Board of Directors of the National Assembly was composed of the following anti-Chavista deputies: President Luis Eduardo Parra, Franklin Duarte First Vice President, Jose Gregorio Noriega, Second Vice President and Negal Morales Secretary. After the swearing in, Brito called for the first session of the legislative body for next Tuesday January 7.

RELATED CONTENT: Why Were Some National Assembly Members Not Allowed to Enter Today’s Session? (Videos)

He also condemned that the international community “threatens” deputies elected by Venezuelans and also requested that Russia and Cuba do not interfere in the internal affairs of the country.

“Every day that passes is left without a message of hope for the country … the USA should stop exerting pressures on deputies elected by the people”, said the parliamentarian.

This counterattack on Guaidó is not surprising, since he have lost the leadership, from his own fellow legislators to his followers of the people, who do not forgive him for acts of corruption with the supposed humanitarian aid and his links with Los Rastrojos.

Earlier, the deputy to the National Assembly (AN) for the Bloque de la Patria, Tania Díaz, explained that Juan Guaidó is not the president of the legislative body, but a coordinator, who assumes said position, until it is decided who will preside in 2020 the legislature.

“It is important to clarify a legal issue, Juan Guaidó, today he is not the president of the AN, his period has ended today, and if he were present, that at this moment he is not, he would be a coordinator of the debate until the plenary, which is the collegiate body that has the authority, – the plenary of the Assembly, – elect a new board of directors, ”said Díaz.

Meanwhile in social media right-wing outlets and influencers -immediately after Luis Parra swearing in- started spreading a video (recorded earlier) where Guaido tries to claim a fence supposedly to enter the AN headquarters when in reality he was never forbidden to enter the building.

RELATED CONTENT: A New National Assembly Board to be Chosen Today in Venezuela

Right wingers are spreading this video trying to present it as Guaido trying to get into AN while the voting was being held. In reality this happens 2 hours before when acces was denied not to him but to other deputies. You can see photos of him inside AN in our timeline. https://t.co/FAkpx7MNJq

The only deputies that were not allowed to enter the AN chamber were the ones not legally able to vote due to legal criminal cases being open against them.

Another trend launched by the right wingers was that anti-Chavista journalists were not allowed in and that was proven false by photos posted on twitter by @RedRadioVe.

Simultaneously they said that opposition extreme right deputies where not allowed in and again it was proven wrong by photos posted by the Venezuelan journalist @OrlenisOV.