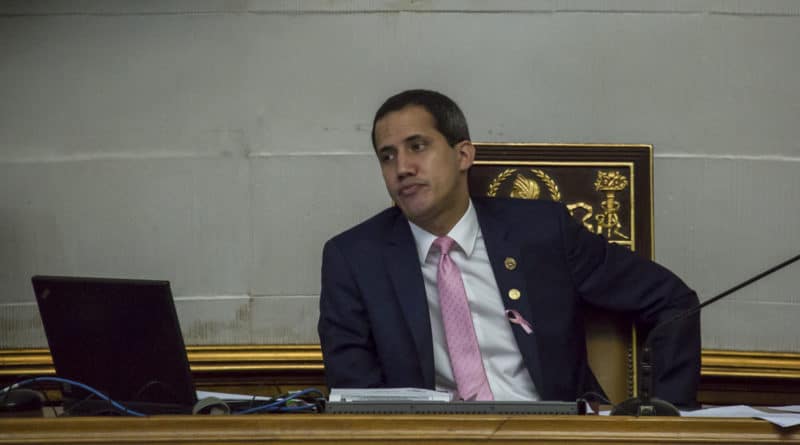 Editorial note: In the first paragraph they refer to “persecution and imprisonments of parliamentarians” without saying they have been allegedly involved in terrorist acts or coup plots. They also talk about and alleged extortion by the Chavismo to push anti-chavista deputies to vote for someone other than Guaido, and not a single piece of evidence has been presented in support of such accusations.

The alleged extortion to prevent some deputies from supporting Juan Guaido, the persecution and imprisonment of parliamentarians, the reform of the Interior and Debate Regulations (aka remote voting), and TSJ pronouncements put a sign on the stage that says “We will see” when talking about the election of a new National Assembly board.

The leadership of the National Assembly (AN) this year will fall to minority opposition parties, as agreed upon after the opposition won the majority of parliament on December 6, 2015. However, for several months, a good part of the opposition with the so-called G4 in the lead, decided that Juan Guaido should be at the head of the next legislative year.

Now the situation has changed with the alleged purchase of some deputies [votes] to prevent Guaidó from leading the legislative branch, allegations of corruption within the Comptroller’s Committee of the AN and in most levels of anti-Chavismo, persecution, imprisonment, exile of some parliamentarians (accused of coup plotting) and annulments of Parliament’s decisions by the Supreme Court of Justice (TSJ).

For that reason, uncertainty reigns within the parliamentary issue and the re-election of the current President of the National Assembly is in “we will see” status.

However, Stalin González, second vice president of the AN, said last Friday, January 3 that “Juan Guaido will be reelected president of the National Assembly” with the deputies who are present during the special session next Sunday.

But later on Friday, January 4th, Alberto Federico Ravell, a right-wing journalist and AN head of communications posted on his twitter account a news post pointing at a statement from Michael Kozak promising sanctions (new meddling on Venezuelan internal affairs) to those deputies subject to the alleged and not demonstrated purchase of votes. Immediately Chavista influencers, like Erika Ortega Sanoja, started to post on Twitter about the lack of certainty in their victory denoted by Ravell’s tweet.

Likewise, (right winger) Cardinal Jorge Urosa Savino recalled the need to comply with the statute for the transition approved by Parliament and called on deputies to “put aside personal and group interests”.

Conditions to elect the AN President

Electing the next president of the Legislative body requires the approval of 84 parliamentarians, a figure that the opposition has, but that has been reduced due to the breakdown of the parliamentary immunity of some deputies, a situation that led them to exile or hiding.

As a way to byass the work of the justice system and the alternate deputies chosen by the same anti-Chavismo, the legislature approved the reform of the AN’s Interior and Debate Regulations allowing the use of information and communications technologies for remote voting of deputies who cannot attend next Sunday’s session.

However, this measure was annulled by the Supreme Court on December 19, when the highest court of the country declared “the absolute nullity and lack of legal effects of the partial reform of the Internal Regulations and Debates of the National Assembly”, according to the statement read before the press by magistrate Juan José Mendoza, president of the Constitutional Chamber.

AN President, Juan Guaido, called last Friday on the international community to support this measure because Nicolás Maduro seeks to “ break the quorum that would allow the continuity of my term in the presidency of the Parliament and consequently in the presidency in charge of the Republic”. This call to the international community have been see by many as a new call for meddling in Venezuelan internal affairs.

Finally, Guaidó urged the international community to be alert to January 5 and to the events that could be generated, as well as to validate the decisions taken in the Legislative body.

Translated and (hard) edited by JRE/EF