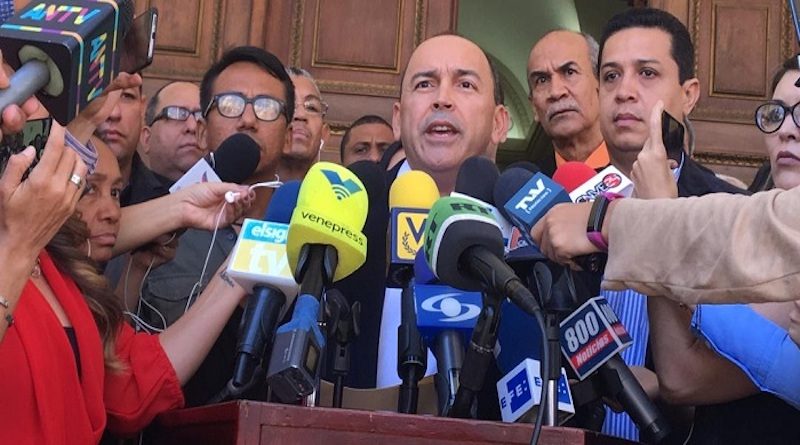 The head of the parliamentary Chavista bench, Francisco Torrealba, said that with the election of the new National Assembly board of directors led by Luis Parra, the Parliament “is embarking on a new possibility of reinstitutionalization.”

In a statement to the media this Sunday, Torrealba said the red awning voted for these new authorities because they have said they will respond to the interests of the country and not to requests from foreign governments.

He explained that “Juan Guiadó did not have enough votes to be reelected and because of that situation he refused to install today’s plenary that was intended to install the new Board of Directors. In the face of that situation, we applied what is the Regulation of Interior and Debate that establishes that the most senior deputy, Professor Héctor Agüero, installs the session. He appointed an incidental secretariat accordingly and proceeded to the nomination and then the voting for deputy Luis Parra ocurred,” he explained.