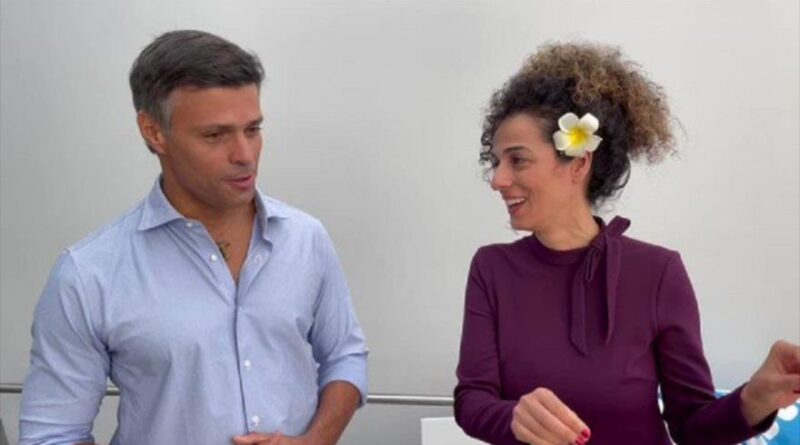 Two prominent individuals working against Iran and Venezuela met this week to continue their conspiracies against the governments of their respective countries.

The Venezuelan coup plotter and fugitive Leopoldo López and the US journalist of Iranian descent Masih Alinejad held a meeting on Tuesday, October 7, within the framework of the so-called Oslo Freedom Forum, held in the US state of Florida.

Alinejad and López, who are known for their illegitimate actions against their governments, advocated strengthening their cooperation in their “struggle for freedom”—a euphemism for defending Washington’s interests.

The Venezuelan opposition politician invited Alinejad to interact in his anti-government plans. “We can unite, because together we are stronger,” replied the anti-Iran journalist, who currently resides in the US.

Recently, the Venezuelan president, Nicolás Maduro, accused López of being “the main promoter of coups d’état, terrorist violence and, now, this criminal violence,” alluding to criminal groups that carried out gang confrontations in order to destabilize the situation in Caracas, the capital.

Last July, the US Department of Justice made unsubstantiated accusations against four Iranians, suspected intelligence agents, of conspiring to kidnap Alinejad from her home in New York and take her to Iran for prosecution.

RELATED CONTENT: Iran Calls for Collective Condemnation of US’ Use of Terrorism against world’s Independent Nations

According to the US prosecutors, the alleged Iranian agents evaluated various plans, including the use of force to transfer Alinejad by sea to Venezuela.

In reaction, Mohamad Javad Zarif, Iran’s Foreign Minister at that time, dismissed the claims as “patently ridiculous” and “childishly conceived” and said it was a plot designed to distract the public from Washington’s intentions to assassinate national leaders.

“Gunmen affiliated with the United States plot conspiracies on American soil to assassinate leaders in Venezuela and Haiti, while the United States government busily conceals its criminal ties by accusing others of a clearly ridiculous and childishly conceived kidnapping operation,” Zarif wrote on July 16.

Just two days later, the US Department of Defense (the Pentagon) acknowledged that some of the former Colombian soldiers accused of participating in the assassination of the President of Haiti, Jovenel Moïse, the same month, had received military training of the United States in the past.