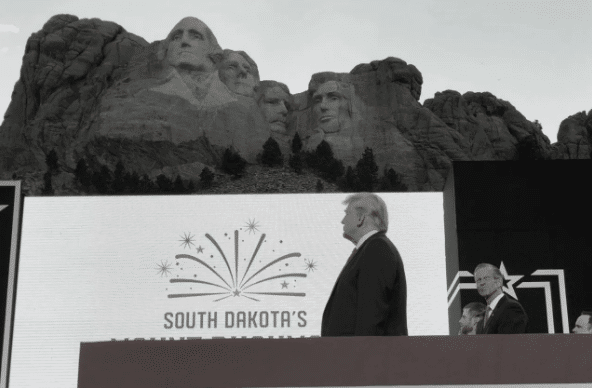 For the same reason Mao said that reactionaries are at the same time “real tigers” and “paper tigers,” with them being simultaneously capable of causing great harm and vulnerable to their own system’s contradictions, colonialism is simultaneously capable of resilience and increasingly weak. As Che Guevara said, colonialism is doomed; the fighting spirit of the globe’s exploited peoples will in the end be too much for U.S. imperialism to overcome, and the imperialists will one day be left without enough global colonies to sustain their capital. Mao even predicted, most likely accurately, that upwards of 90 percent of the world’s population will eventually turn against imperialism.

When the Palestinians join this group of successful anti-colonial rebels, and manage to abolish Israel, a major turning point will be reached in the effort to bring down the imperialist beast. Israel, functioning as the indispensable military base for Washington’s warfare in western Asia, is a crucial node in imperialism’s functioning. When it’s lost, the imperialists will lose a massive amount of strategic power, and therefore market access. This will cause capital in the core imperialist countries to contract further, putting unprecedented strain on capitalism. This will especially be true should the Global South undergo a new wave of anti-imperialist revolutions in the coming generation, which appears increasingly likely.

We can be confident that Israel will soon be lost to the imperialists because former U.S. colonel Lawrence Wilkerson is confident about it. Last month, he assessed:

I said the other day Israel would not be a state in 20 years, it would be gone. It certainly will not be a democracy. It will be an apartheid state and the world will just reject it as they did South Africa. I’m now saying it won’t be a state, it will be gone. Go back and read the report of the Joint Chiefs of Staff when Truman was trying to decide whether to recognize Israel in 1947-48 and what to do about U.S. policy. Completely No came from the Joints of Chiefs of Staff, based on the fact that there were 400 some odd million Arabs and about that time 3 million Israelis and other things too. God, how prescient that report was. Well, it has come true.

In Palestine, and in other nations around the globe that are under colonial occupation, the occupiers are losing theur grip, to the effect that the core of the empire is closer to implosion than ever. Yet among that less than 10 percent of terminal imperialist loyalists, there are Nazi-esque reactionaries who are capable of doing great harm in their mission of defending colonialism. Which they’ll do with increasing desperation and violence as their system crumbles.

Trump’s base, which appears to make up between one-third and one-fourth of the U.S. population, are going to be fighting the anti-colonial movement till the end—with many among them being eager to take up arms to do so. Their settleristic fascist movement is going to continue to gain power, whether or not Republicans take back the presidency in 2024. As they continue to form their fascist paramilitary death squads in the coming decades of imperial decline, terrorizing colonized peoples and seeking to exterminate communists, they’re going to be enabled by the facets of society which will accept fascism as the cost of preserving colonialism.

These accessories to the fascist purge will consist not just of the bourgeois liberals, but of the opportunistic “socualists” who seek to turn the rising pro-worker movement against the anti-colonial struggle. To the outrage of the chauvinists within its ranks, the Communist Party U.S.A. recently took an encouraging stance by standing with Land Back, and none of the country’s other major communist organizations have explicitly denounced Land Back’s goals. But there remains a subset of “communists” who both outright oppose Land Back, and  seek to uphold U.S. patriotism despite the U.S. being a settler-colonial country. I recently talked to a Marxist-Leninist polemicist who admitted that the United States exists because of its imperialist theft of indigenous First Nations territory, then said that this doesn’t call for all the stolen territory to be returned. His rationale? That imperialism isn’t necessarily a bad thing. This is the level of chauvinism that I encounter in the core of the empire, even among other communists.

To support his stance that we should try to build a socialism that retains U.S. patriotism, this individual extensively recited his knowledge of theory about labor relations, implying this vindicated his claim that the interests of the U.S. proletariat are by and large incompatible with the idea of returning all the land to the First Nations. The Marxist theory he didn’t mention is that which vindicates the position that colonial borders lack legitimacy, and need to be abolished in favor of fully restored territorial control for the colonized nations. This theory comes from the history of Ireland’s decolonial process, a process which came from Marxist ideals. Lenin articulated this by writing:

In the Irish question, too, Marx and Engels pursued a consistently proletarian policy, which really educated the masses in a spirit of democracy and socialism. Only such a policy could have saved both Ireland and England half a century of delay in introducing the necessary reforms, and prevented these reforms from being mutilated by the Liberals to please the reactionaries. The policy of Marx and Engels on the Irish question serves as a splendid example of the attitude the proletariat of the oppressor nations should adopt towards national movements, an example which has lost none of its immense practical importance. It serves as a warning against that “servile haste” with which the philistines of all countries, colours and languages hurry to label as “utopian” the idea of altering the frontiers of states that were established by the violence and privileges of the landlords and bourgeoisie of one nation. If the Irish and English proletariat had not accepted Marx’s policy and had not made the secession of Ireland their slogan, this would have been the worst sort of opportunism, a neglect of their duties as democrats and socialists, and a concession to English reaction and the English bourgeoisie.

This passage follows Lenin’s observation that “Marx questions a socialist belonging to an oppressor nation about his attitude to the oppressed nation and at once reveals a defect common to the socialists of the dominant nations (the English and the Russian): failure to understand their socialist duties towards the downtrodden nations, their echoing of the prejudices acquired from the bourgeoisie of the ‘dominant nation.’” Evidently, the chauvinism I’ve encountered from many U.S. socialists is nothing new among socialists within imperialist countries, and I therefore shouldn’t be shocked by it. The poisonous mindset these types of socialists share is one where they seek to liberate the whole of the proletariat in theory, while holding onto the contempt for oppressed nations that imperialist propaganda has ingrained within them.

In America, this contempt comes in the form of refusing to recognize the extent of the injustices committed against the colonized nations on this continent, whether this means opposing slavery reparations for being “divisive” or inaccurately claiming (as the chauvinist I talked with did) that the Natives already “stole the land from each other.” The colonial chauvinist reasoning is always that genocide and imperialism are basically okay, even if the given chauvinist has awareness that the colonized nations are being treated unjustly. For them, there can never be enough evidence of injustice to mandate true rectification for colonialism’s crimes.

The obvious and undeniable horrors of a settler-colonial country like Israel, which the U.S. “socialist patriots” agree needs to be abolished and turned into one Palestinian state, are assumed to not be as bad in the case of the U.S. and Canadian settler states. This is in spite of how the colonial genocide on this continent has killed at least as many Natives as Zionism has killed Arabs, with 9 in 10 First Nations peoples being wiped out throughout the theft of this continent’s land.

Faced with this reality underlying the foundations of their fake American “nation,” one where a Holocaust-level extermination and enslavement campaign has been perpetrated for the sake of bourgeois annexation, the only recourse the chauvinists have is to claim colonial borders must remain for the sake of practicality. To argue, as the chauvinist I confronted did, that the full returning of First Nations jurisdiction isn’t feasible in the way a Palestinian state is.

The reasoning behind this is that indigenous peoples here make up only around 2% of the population, and that this supposedly would make it impossible for their tribal governments to act as sovereigns over all their original territory. Yet even throughout the eastern half of Oklahoma, where whites typically make up over 70% of the population in the area’s counties and where Natives don’t make up the majority in a single county, the tribes within that region have managed to effectively govern the entirety of the land for over a year. (Following last year’s court decision that these tribes have a right to fully take back their land.)

The only thing standing in the way of the equivalent land transfer happening across the rest of the continent, and therefore socialism being able to develop on this continent, is the ongoing strength of U.S. imperialism. Both the external type of U.S. imperialism, which props up the settler capitalist state through exploiting the globe, and the internal type, which props up the settler capitalist state by persuading the masses into accepting the colonial occupation’s continuation.

When the economic foundations of imperialism fall out, the masses in imperialism’s core will become radicalized towards class consciousness by their conditions, and will therefore become more willing to stand in solidarity with the colonized by joining the Land Back movement. It’s the responsibility of communists to nurture their inclination towards solidarity with the oppressed nations, rather than nurture the dark pro-colonial impulses that the ruling class seeks to keep ingrained within them. If we feed into the dialectical (represented by decolonial theory) instead of the reactionary (represented by patriotism for an illegitimate state), we’ll be able to properly take advantage of the imperialist weakening at hand.