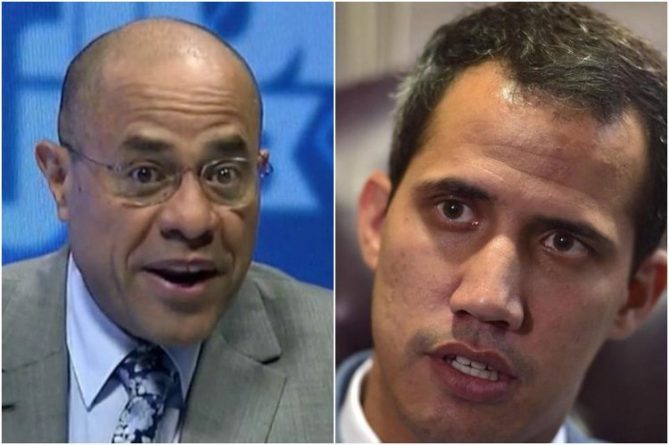 News Politics
May 14, 2019May 14, 2019 orinocotribune Antichavismo not knowing what to do, Guaido, Negotiation, Vamos bien?, Vladimir Villegas

Always controversial, the former Deputy Minister for Foreign Affairs and now active member of the anti-chavismo, Vladimir Villegas asks in an opinion article today if it is true that the opposition is doing well in its attempt to displace Maduro’s from power.

This is Villegas’ piece that generated controversy in social networks, specially among the anti-chavismo:

After April the 30th, are we going well?

Perhaps it is very premature to make an inventory of assets and liabilities derived from the events that occurred on April 30, 2019. But some conclusions are obvious, without further analysis, and everything points to that, although their internal cracks are obvious, the government of Nicolás Maduro, besides the broad national rejection that it has raised, won this round, as it is said in boxing.

This action carried out with military personnel and some civil leaders, headed by Leopoldo López, just after escaping from his house arrest, failed from the first moment, led to the same cycle of violence, repression, persecution and even death of demonstrators we have already seen in recent and not so recent situations. Apparently the government was surprised by the action taken in the Altamira bridge, announced even by opposition leaders as “the taking of the military base of La Carlota”.

RELATED CONTENT: These are the Anti-Chavista Fugitives Hiding in Foreign Embassies

It was a defeat militarily because the small olive component that accompanied that rebel action ended in an early run to some embassies, and had no support in the military ranks. And it was a clear political defeat, because important leaders also took refuge in diplomatic offices or left the country, and additionally because there was no popular accompaniment as expected by the coup leaders.

And, unless they can be reversed, the mobilization capacity has been severely hit by the misstep of April 30. As an attestation: turnout for the activities summoned after the attempted coup, rebellion or uprising has noticeably diminished. To make matters worse, the arrest of Edgar Zambrano, first vice president of the National Assembly, and the irregular procedure of ignoring his parliamentary immunity and that of other deputies, is more bad news for the anti-chavismo.

The government advances once more thanks to a political action animated by immediatism, by excessive and misplaced protagonisms, and above all by the underestimation of the ruling Chavismo-madurismo. They were once again
committed to avant-garde actions that in the past were translated into “auto-goals” difficult to overcome. I’m not saying this is going to be the case today. But it tends to look a lot like a film already seen several times, and whose end has been nothing but frustration, discouragement and despair, and always ends up landing on the idea that the way is to seek actions “that resolve this once and for all. ”

And so we find ourselves again with the promise of quick solutions. And those who planned and led the unsuccessful attempt on April 30 insist on opening a door to possible (foreign) military intervention. If they have not taken responsibility for the failure of just two weeks ago, are they willing to assume the human, political and social costs of such an action?

And those in the opposition camp who oppose the military intervention and question the “attempt” of the 30th of last month, are they going to raise their voice in public or they will remain hostages of their political calculations, as guarantors of a line in which they are only second or third category backstage players? We are at a critical moment. The absolute majority of the country wants change of government and political model. I have no doubt on that. Juan Guaidó has capitalized on the discontent. I do not doubt that either. What I do doubt is in terms of the way he administers his popular support, it is not very appropriate to appear tied to a strategy that places the military option, internal or external, or both, as an almost exclusive way to produce the change that Venezuela demands.

The events of April 30 revived the repressive vocation of the government, which has now found the right argument to finish deactivating the National Assembly, corner the opposition leadership and dedicate itself to the only thing that has been dedicated in recent times, to stay in power more than to govern. The return of the former director of the Sebin Gustavo González López, is another consequence of the unsuccessful “attempt”. Will there be space for a negotiation option to get oxygen, such as the one promoted by the so-called Contact Group? Or is the announced wolf of intervention now coming, feared by some and desired by others? Or will the opposition led by Guaidó go back into a “chinchorro” (hammock), as happened in different recent or not so recent junctures and Nicolás Maduro will achieve his objective for now and who knows for how much longer?

These are questions without precise answers. The only sure thing is that the country continues to deteriorate and its people are increasingly impoverished, as a result of the policies of a government that is more successful and diligent in carrying out its threats than fulfilling its promises, and in the midst of additional economic restrictions produced by international sanctions that with the passage of days can be more severe. Are we making progress? Hell, no.