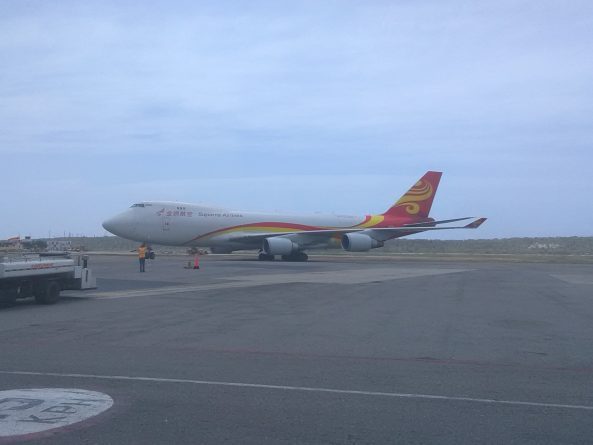 The load consists of one million 525,400 units of medicines and 450,000 units of surgical medical supplies.

A cargo plane B-I340, with almost two million medical supplies, according to a technical cooperation agreement between China and Venezuela, arrived Monday in Caracas, from Beijing.

The shipment consists of one million 525,400 units of medicines and 450,000 pairs of surgical medical supplies, designed to treat asthmatic patients and treatment for pregnant women.

RELATED CONTENT: The Central Bank of Russia Sends its US Assets to China

China’s aid comes when the Venezuelan government has reiterated its position to work with international organizations to confront the shortage of supplies, food and medicines, which has been exacerbated by Washington’s financial sanctions and bank account blockades.

RELATED CONTENT: Roger Waters Against the Siege of Venezuelan Embassy in Washington

The Beijing government said on Wednesday it is willing to strengthen communication with the international community to push for a political solution on the Venezuelan issue.

Foreign Ministry spokesman Geng Shuang said that China, the European Union, as well as many other countries, have reached important consensus on the Venezuelan issue.

Geng explained that all emphasize the search for a political solution characterized by inclusive dialogue and rejection of military intervention, in reference to the hostilities of the United States Government against Venezuela.