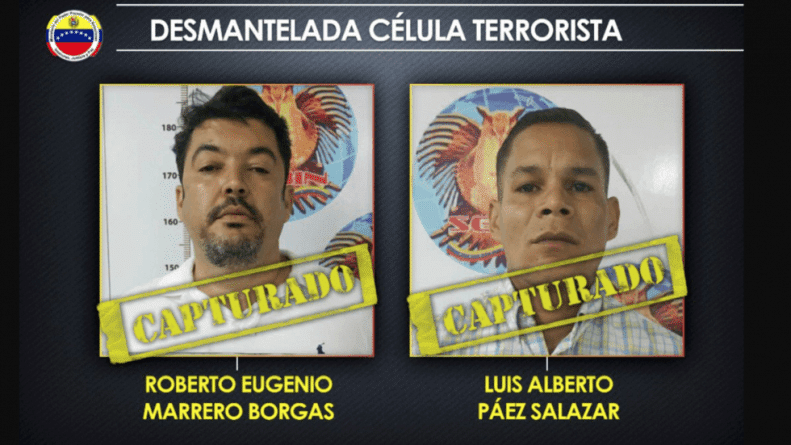 Venezuela’s Interior Minister has confirmed the arrest of self-proclaimed ‘interim president’ Juan Guaido’s chief of staff. The opposition claims he was ‘kidnapped’ while authorities say he was the leader of a ‘terrorist cell’ and presented evidence of a proceeding of capture following to the letter the rule of law.
Roberto Marrero was taken into custody on Thursday as part of a government raid against a “terrorist cell” that plotted to carry out attacks against top Venezuelan politicians, the Minister of the Interior, Justice and Peace, Néstor Reverol, said in a statement.

“Together with the Public Prosecutor’s Office, the investigations led to the detention of the citizen, Roberto Eugenio Marrero Borgas, who is directly responsible for the organization of criminal groups,” he said. The government also released images of two rifles seized by the Venezuelan Bolivarian National Intelligence Service (SEBIN) during the raid on Marrero’s house. Guaido had earlier accused the Venezuelan security forces of ‘planting’ weapons at Marrero’s house, while John Bolton, US President Donald Trump’s national security adviser, immediately denounced Marrero’s arrest as “illegitimate” and stressed that the move will “not go unanswered.”

RELATED CONTENT: They Need Guaido in Jail to Revive the Coup Plan

Maduro has made another big mistake. The illegitimate arrest of Roberto Marrero, Interim President Juan Guaidó’s aide, will not go unanswered. He should be released immediately and his safety guaranteed.

Caracas has long maintained that the Venezuelan opposition, enjoying unfettered US backing but incapable of gaining enough support through a popular vote, is resorting to ‘street democracy’ and might even be planning to carry out terror attacks to undermine the government.

Last month, the government of President Maduro refused to allow US ‘humanitarian aid’ into the country, not only rejecting it as a PR stunt but also as a humiliating offer of breadcrumbs, when compared to the billions of dollars seized by Washington, while also expressing concern that the convoys could be used to smuggle weapons directly into the hands of the opposition.