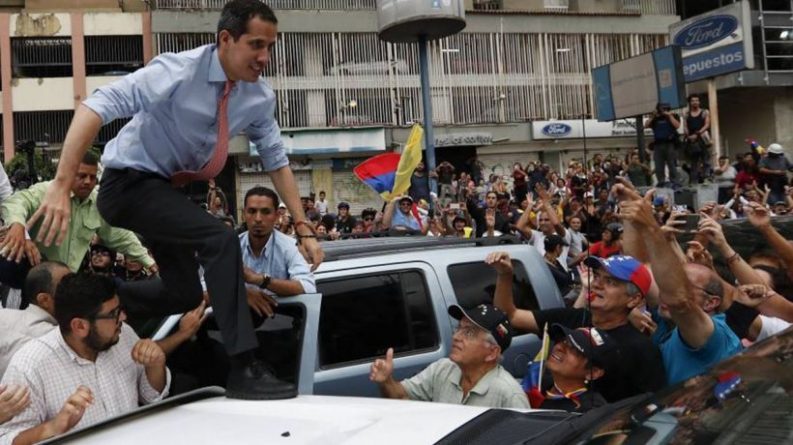 On March 19, the leader of Voluntad Popular, Carlos Vecchio, affirmed during the forced seizure of the Venezuelan Consulate in New York that an eventual detention of Juan Guaidó would have “a positive impact” and “accelerate” a change of government in Venezuela.

Vecchio’s harsh statements also coincide with the prophecy that senator Marco Rubio launched on Thursday, March 4, regarding the detention of Guaidó’s chief of staff, deputy Roberto Marrero, which could mean “the beginning of the efforts of the regime “to stop the self-proclaimed”. On other occasions, such as when Guaidó returned to Venezuela, Secretary of State Mike Pompeo and the Security Council’s director, John Bolton, said that it would have important consequences if the National Assembly’s president were to be held in contempt. So that only flirtation of Marco Rubio with this possibility portends how interesting the idea is for them.

Thus, about three days after the statements, deputies of the National Assembly like Sergio Vergara of Voluntad Popular pointed out that the arrest of Marrero represents an “effort to intimidate Juan Guaidó”. In a context of the disappearance of the international agenda, this type of event seeks again to revive the angry call of the opposition for the new “D Day”, renamed as “Operation Freedom.”

GUAIDÓ SERVES THEM MORE PRISONER THAN FREE
These kinds of statements show how as the irrelevance of Guaidó grows in the public arena, the demands for the “Maduro regime” to imprison him escalate in a contrary manner. In this false public debate, of course, the deliberate crimes committed by Guaidó are not taken into account when they ignore the Venezuelan constitutional order.

It is necessary to see that for much less, in Spain today a trial is being held against the members of the Generalitat of Catalonia, an instance of autonomous government, just for calling a plebiscite on the independence of this region in Spain. Obviously, from the western point of view, what is valid in a European nation is not valid in another Latin American nation.

RELATED CONTENT: Claudio Fermín: Economic Blockade is Perverse and Have No Guarantee of Success

However, the underlying political fact of this veiled call to vox populi that Guaidó be stopped shows how, at the present time, all the provocations of the self-proclaimed are aimed at achieving that goal. After all, it was the White House itself that asked him to return to Venezuela so as not to “lose momentum” when he planned to continue his tour of Europe.

The White House understands, according to the declarations of its representatives, that the transitional plan presented by Leopoldo López, María Corina Machado, Antonio Ledezma and Julio Borges, no longer allows the internal pressure, in the streets, to coincide with the accelerated sanctions process against Venezuela. One of the legs of the external plan against the country is lame and difficult to straighten.

The Venezuelan issue, well, is bogged down because at the international level there is no strong coalition that gives an umbrella to a negotiated exit to any of the parties. As much as Fabiana Rosales, wife of Guaidó, is sent on tour, to say in Chile that the Chavistas “kill children every day”. Nobody in the region supports a forced exit, and very few a real negotiation in equal conditions between the parties.

In this way, the United States continues with a puppet that calls the military to defect and abandons them in Cúcuta; that says  “humanitarian aid” enters yes or yes and, after his failure, goes on tour; who flirts like a schoolgirl with a military intervention, but blushes if one of his own is arrested. A puppet that serves more prisoner than free, and will you know if, in one of those, unfortunately, more dead than alive. The CIA, it is proven, knows too much about these operations.