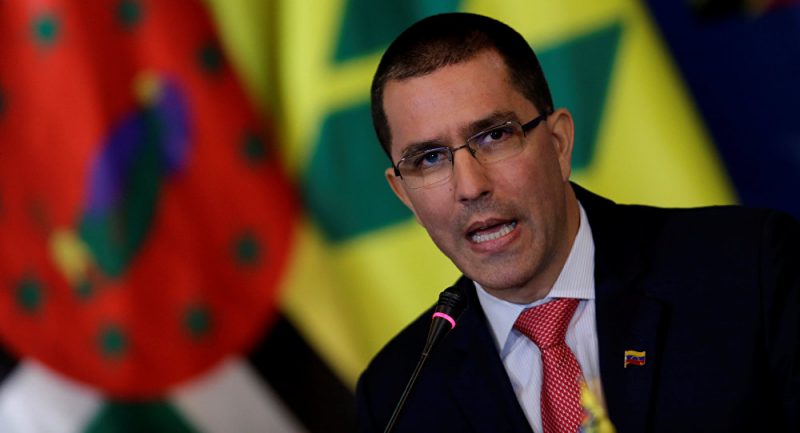 Venezuelan Foreign Minister Jorge Arreaza expressed his rejection of the constant threats of the spokespersons of the White House and allied governments against President Nicolás Maduro.

“The spokesmen of Washington in gangster tones repeat that “in the case of Venezuela all the options are on the table “They lie!”, The minister wrote on Twitter.

Arreaza said that on “the table” to which these spokesmen refer,  dialogue and respect for international law and the Constitution of Venezuela have not been evaluated.

On repeated occasions, representatives of the US government have said that “all options are on the table”, when asked by the media if they evaluate a military intervention.
These threats have increased since the beginning of 2019, following the worsening political crisis in Venezuela.

On January 23, the United States Government declared that it was unaware of the mandate of Venezuelan President Nicolás Maduro, and instead acknowledged the opposition Juan Guaidó, who proclaimed himself that day as president in charge of the country.