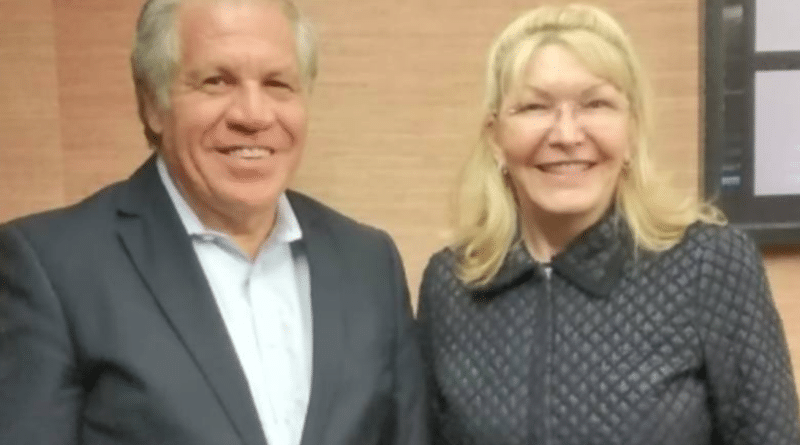 The former prosecutor also faces accusations in the United States and Venezuela for running a criminal scheme during the 12 years she was top Venezuelan prosecutor.

Bogotá.- Prosecutor 63 of Bogotá, in Colombia, issued on Monday an arrest warrant against the former attorney general of Venezuela, Luisa Ortega Diaz, as reported by the magazine Politics and Power Magazine.

“They issue an arrest warrant in Colombia against the former Venezuelan prosecutor Luisa Ortega for refusing to appear before the Colombian justice. The order was issued by the 63rd prosecutor’s office in Bogotá,” the magazine said through its Twitter account.

This arrest warrant is issued after in 2019 Fanny Ardila Guerra, Bogotá Local Attorney 63, summoned three times Ortega Díaz to testify in an investigation opened against her.

The summons dated October 10, October 21 and December 11 of last year, indicate that she had to go to the prosecutor’s office at the Martires House of Justice, in the Colombian capital, for an interview as a defendant.

Prosecutor Ardila Guerra previously tried to issue an arrest warrant against the former Venezuelan official, since she did not attend any of the three summons, in addition to being allegedly linked to the commission of several crimes in Colombian territory.

On that occasion, the Colombian president, Iván Duque, prevented the judicial process from continuing through a telephone call to the Local 63 Prosecutor’s Office in Bogotá, sources from the Martyrs House of Justice told the media. Many anti-Chavista figures are usually protected by the Colombian or the US government disregarding their criminal record.

Luisa Ortega Díaz also faces accusations in the United States for alleged crimes of corruption and receiving bribes from the Venezuelan businessman, Carlos Urbano Fermín, linked to an embezzlement case in the State company Petróleos de Venezuela (PDVSA). She evaded Venezuelan justice after an investigation was opened against her for running a criminal organization within the Public Ministry in a complex corruption and criminal scheme.