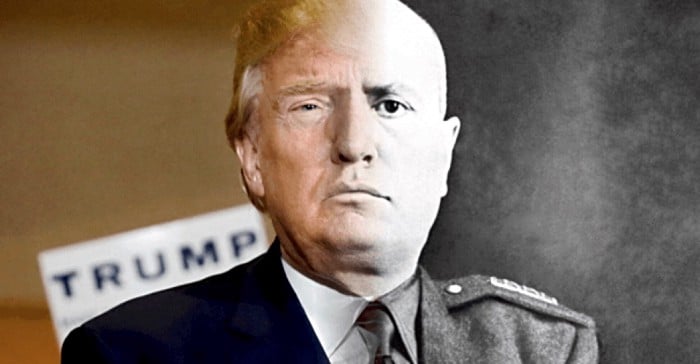 What’s a modern equivalent of Margaret Thatcher’s proclamation that “there is no alternative” to implementing the austerity, deregulations, and upper class tax cuts of neoliberalism? I think that such a parallel quote comes from Joe Biden, who said last year that “nothing will fundamentally change” if he becomes president. Since the same will obviously apply if the Republicans win the 2020 election, Biden was clarifying that neither partisan wing of the U.S. ruling class will address the ever-worsening grievances of the lower classes.

By saying this, Biden was responding to the growing desires to end neoliberal capitalism, which have become more pronounced than ever in the Covid-19 era. Since 2019, hunger in the U.S. has tripled, unemployment has exploded to a number at least as high as 18%, and inequality has reached a point where millionaires and billionaires now hold 79% of the country’s household wealth. Biden, like the rest of the American political establishment, still plans to conduct policy with the principle that nothing will fundamentally change. And when this determination to preserve the existing socioeconomic structure is applied during a time of growing class conflict, the result is a trend towards fascism.

Honest observers have always known that neoliberalism would lead to this, because neoliberalism itself reflects the rationale behind fascism; fascism is a way for capitalism to reform so that it can survive amid crisis, and neoliberalism was implemented out of such a desire. During the economic crisis of the 1970s, when the global capitalist economy was contracting, the bourgeoisie brought about neoliberalism so that they could keep profits up for themselves while foisting the costs of the crisis onto the proletariat.

RELATED CONTENT: Neoliberalism & Neoconservatism are how Capitalism has Responded to the Crises of the Last Half-Century

Now that this has inevitably led to the proletariat’s living conditions vastly deteriorating compared to how they were half a century ago, the response from the system is to carry out new reforms which can keep the structure of bourgeois society intact. As the revolutionary George Jackson wrote about capitalism’s methods for sustaining itself in his 1971 book Blood in my Eye:

The mass psycho-social national cohesiveness has trembled on the brink of disruption and disintegration repeatedly over the last fifty years, threatening to fly apart from its own concentric inner dynamics. But at each crisis it was allowed to reform itself; with each reform, revolution became more remote. This is because the old left has failed to understand the true nature of fascism…if one were forced for the sake of clarity to define it in a word simple enough for all to understand that word would be “reform.”

In the age of neoliberalism, and in the 2020s more than ever, the capitalist class is faced with a reality that makes the past reform approach of expanding social welfare harder to pull off. This reality is that as the profit rate continues to fall (exemplified by this year’s record shrinkage of the U.S. GDP), restoring the welfare state becomes a less and less profitable option. For this reason, the Scandinavian social democracies have been trendingtowards neoliberal policies right along with the rest of the capitalist world. And the capitalist ruling class of the core imperialist countries is unwilling to let social democrats come to power, as has been shown by the repeated sabotages of Sanders and Corbyn and by the regime change campaignagainst Mexico’s social democrat president AMLO.

Aside from policies like Spain’s minimum income (which is only beneficialto the country’s very poorest people), the world’s capitalist states have refused to respond to a crisis even as monumental as the one from this year with a revamped welfare state. It isn’t even clear if Congress will allow the millions of Americans who are dependent on Covid-19 stimulus money to keep getting benefits after the end of December. This is because the rate of profit has gotten so dangerously low that the Keynesian economic model, which dominated U.S. policy during the New Deal era, is now ineffectual at spurring investment.

Capitalist markets simply haven’t been able to go back to their relatively robust pre-2008 state, even after the Federal Reserve has pumped trillions of dollars into Wall Street throughout this downturn of the last twelve years. The Fed can introduce as much currency as it wants, but this currency is immaterial if capitalism lacks the productive capacity to translate the money into actual economic growth.

This process of economic shrinkage, of declining profit rates, is a terminal illness for the system. Our economic slump will last for years if not decades, and it will get even worse when the dollar crashes and the climate crisis accelerates. To maintain the wealth of the ruling class, and to stop the lower classes from rising up, fascism is the only thing to turn to. And in the 2020s, fascism will mean a series of reforms that focus not on expanding material comforts, but on unifying the reactionary facets of society around a militaristic nationalism while more intensely repressing the poor.

As George Dimitrov wrote in Against Fascism and War, patriotic symbols and a national mythos are how fascists have traditionally manufactured mass consent for the continuation of capitalism:

Mussolini does his utmost to make capital for himself out of the heroic figure of Garibaldi. The French fascists bring to the fore as their heroine Joan of Arc. The American fascists appeal to the traditions of the American War of Independence, the traditions of Washington and Lincoln. The Bulgarian fascists make use of the national-liberation movement of the seventies [1870s] and its heroes beloved by the people, Vassil Levsky, Stephan Karaj, and others.

The glorification of Americanism (and of the white race for those who embrace a more blatant form of fascism) is the default way that imperial chauvinists in this country justify the actions they take to uphold the violent structures of capitalism, colonialism, and imperialism. When faced with a crisis like the one of today, these agents of the capitalist reaction will use such grandiose language to propagandize the masses into accepting a stripping away of liberties. The use of unmarked federal agents and vehicles to arrest protesters, the frequent police violence against peaceful demonstrators, the trumped-up police charges against one group of communist activists, and the other escalations of repression from this year indicate how the state plans to wage war on dissent.

This war will come along with continued efforts to partition the lower classes from the upper classes. To have the rich and the labor aristocracy carry out the functions of the capitalist state, while relegating the poor to heavily policed communities with deteriorating living conditions. To sustain profits for the very few who still benefit from the system, exploitation of workers will be increased through reduced labor benefits, while the remaining social services will be further stripped away.

The policing, surveillance, and military tools that are used to enforce this order will be technologically upgraded, with the high-tech sector profiting from this in a process that’s already being marketed as the “fourth industrial revolution.” This will be the near future if our society doesn’t fundamentally change, if the system once is again allowed to reform itself.

The job of us revolutionaries, wrote Dimitrov, is to build a movement for overthrowing the capitalist state by working to shatter capitalism’s ideological hegemony:

Under no circumstances must we underrate fascism’s power of ideological infection. On the contrary, we for our part must develop an extensive ideological struggle based on clear, popular arguments and a correct, well thought out approach to the peculiarities of the national psychology of the masses of the people.

Featured image: The image above was taken from Countercurrents.org.