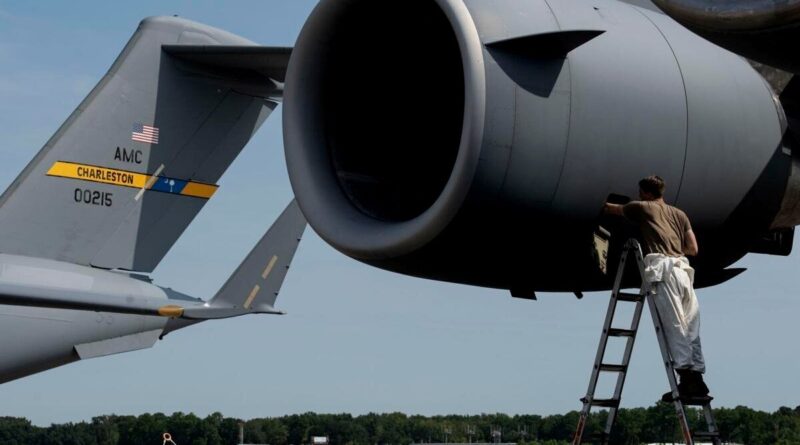 October 5, 2020.-  Individuals and organizations from around the world joined the Black Alliance for Peace (BAP) on International Day of Action on AFRICOM, calling for the U.S. government to shut down its African command (AFRICOM) and withdraw its bases and military personnel from Africa.

When AFRICOM was launched October 1, 2008, U.S. authorities—understanding the political ramifications—realized it would be impossible to house the command headquarters in Africa. Hence, the German city of Stuttgart was chosen as the base of operations.

The Obama administration and NATO attacked and destroyed Libya, whose leader, Muammar Gaddafi, chaired the African Union, the continent-wide structure committed to African unity and cooperation. But with Libya in disarray and no African leader to voice opposition, the U.S. Department of Defense has floated the idea of moving AFRICOM’s headquarters to Africa. Then this past week, it suggested placing it in the U.S. state of South Carolina because the Trump administration has plans to move thousands of U.S. troops out of Germany.

The arrogance involved in considering basing AFRICOM in South Carolina is exactly why an International Day of Action on AFRICOM and our ongoing campaign, U.S. Out of Africa: Shut Down AFRICOM, is so important. The hubris and psychopathology of white supremacy could easily lead it to make the error of attempting to bring AFRICOM to the Black-Belt South, where it would be met with ferocious opposition—all despite U.S. Rep. Jim Clyburn (D-South Carolina).

BAP is clear. We are not moved by paternalistic pandering from politicians, who pretend Black lives matter in the United States while they support racist U.S. subversion, sanctions, and warmongering against Africans and other non-European peoples and nations.

We intend to shut down AFRICOM, close all U.S. foreign military bases, and dismantle the U.S. war machine for ourselves and for the world.

RELATED CONTENT: Exclusive: Inside the Secret world of US Commandos in Africa

On this week’s episode of WPFW’s “Voices With Vision”, Netfa Freeman, who represents BAP member organization Pan-African Community Action (PACA), and his co-host, Craig Hall, interviewed Green Party presidential and vice presidential candidates Howie Hawkins and Angela Walker, who spoke about policing, healthcare, foreign policy, and why they want “progressives” to vote for what they believe in, and not throw their vote away on the “lesser of two evils.” Then Brother Jihad Abdulmumit of the National Jericho Movement discussed the good news that former Black Panther and political prisoner Jalil Muntaqim has won his parole hearing. The second half of the show featured remarks by Affiong L. Affiong, executive director of the Moyo Pan Afrikan Solidarity Center in Nigeria. Those remarks are from the U.S. Out of Africa Network’s Sept. 24 virtual symposium, “Full Spectrum Dominance: From AFRICOM to Indo-Pacific Command.” That event featured the music of Dee The Peacemaker.

Mark Fancher, a member of BAP’s Africa Team and an organizer in the All-African People’s Revolutionary Party (A-APRP), was interviewed on WRFG’s RAP (Revolutionary African Perspectives) about the International Day of Action on AFRICOM BAP organized for October 1.

Tunde Osazua, BAP’s U.S. Out of Africa Network Coordinator, discusses AFRICOM and the situation in Somalia on WBAI News with Paul DeRienzo.

Netfa joined Sean Blackmon and BAP member Jacqueline Luqman on Radio Sputnik’s “By Any Means Necessary” to talk about the U.S. military’s recent attempts to expand its drone warfare campaign to Kenya, the CIA- and  MI6-backed “Rendition Operations Team” operating with impunity in Kenya, and the links between imperialism in Africa and oppression in the United States.

Netfa was on “By Any Means Necessary” to discuss the first U.S. presidential debate of the 2020 campaign season, Trump’s suggestion that the Proud Boys should “stand down and stand by,” and the refusal of the Kentucky attorney general to indict the Louisville police officer who killed Breonna Taylor.

PACA organizer Max Rameau was a featured speaker for Freedom Inc.’s webinar, “A Righteous Rebellion,” which focused on Black Resistance.

Netfa was interviewed on “The Critical Hour” about U.S. sabotage of Cuba’s efforts in combating COVID-19.

Ajamu wrote an essay featured in a new book, “Capitalism on a Ventilator: The Impact of COVID-19 in China & the U.S.”. Other authors included Margaret, political prisoner Mumia Abu Jamal and the now-deceased BAP supporter Kevin Zeese.

Ajamu also discussed 57 minutes into Radio Sputnik’s “By Any Means Necessary” the consistent failure of the Democratic Party to offer serious solutions to the COVID-19 crisis as the virus appears to spread rapidly among their GOP counterparts, the vital importance of alternative media outlets and educational platforms in a hegemonic capitalist cultural environment, and the long history of shared struggle between revolutionaries in racialized communities both within and outside the United States.

BAP members Asantewaa Nkrumah-Ture and YahNé Ndgo represented at “Fists Up! Fight Back!”, a Philadelphia rally and teach-in held in solidarity with the people of Louisville, Kentucky, and the late Breonna Taylor. Asantewaa can be heard 54 minutes in and YahNé appears after her.

October 7: Register for an 8 p.m., EST, webinar, “Black Women and Anti-Imperialism: Forum on the Importance of Internationalist Politics For Black Women in the U.S.”

October 14: Ajamu will speak on a Friends of Latin America 7:30 p.m., EST, webinar, “Power to the People! Policing & Caribbean Autonomy in Nicaragua,” where he will help draw the connection between repression and people’s struggle in Nicaragua and in the United States. Simultaneous English and Spanish interpretation will be available.

October 15: Join BAP member organization AfroResistance for a 1 p.m., EST, conversation on police brutality and the invisible war against Black Women and Girls, as well as strategies to target and dismantle the systems that produce them. Register here.

October 18-24: BAP member organization Friends of the Congo is commemorating Congo Week XIII by hosting a series of virtual events this year with special presentations from the Andree Blouin Center in Kinshasa in the Democratic Republic of Congo.

October 22: Stand with thousands across the country for National Day of Protest to express our collective outrage, creativity and resistance in response to the crimes of this system. Uphold the tens of thousands of lives stolen by U.S. law enforcement over the past quarter century. Join a National Day of Protest event in your area. Create one if you are in an area where no one is organizing. On October 22, “WEAR BLACK, FIGHT BACK!” To endorse this call, complete this form. For more information, visit october22.org. Provide details of an action by emailing oct22national@gmail.com.

October 22: Join “A Call for Unity of the National Black Liberation Movement in the Age of Capitalist Decline,” at 7 p.m., EST. This first in a series of national webinars will open a national dialogue on the state of the National Black Liberation Movement, how to establish national unity of all forces seeking Black Liberation, and how to rebuild a national movement that has earned the trust and support of the African American people in our 400-year historic struggle to end oppression. This webinar is sponsored by BAP, BAP member organization Black Workers for Justice, Cooperation Jackson and Community Movement Builders. This is an invitation-only event.

November 7-8: The Black Is Back Coalition calls on all to march, rally and convene in Washington, D.C., during the “Black People’s March On White House.” Registration is required. Read their article in Black Agenda Report.

No Compromise, No Retreat!