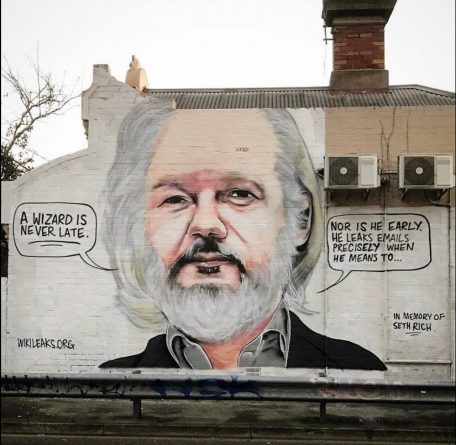 “The strategy was very clear – break him down. The government didn’t know how to end the asylum and face the catastrophic historical shame for doing that.”

The former Consul of the Ecuadorean Embassy in London, Fidel Narvaez, sat down for an interview with Sky News this past weekend to discuss Julian Assange’s situation.

Narvaez, who worked at the London Embassy for six of the seven years Assange was living there, accused the officials of putting the Wikileaks founder through ‘hell’ in an attempt to “break him down”.

The senior diplomat said he and Assange became friends during his time at the London Embassy, calling him ‘respectful’ despite contrasting claims by the Ecuadorean government.

Narvaez, however, disputed these claims, saying that “Julian had a respectful relationship with staff, diplomats and administrative staff. I don’t recall a single incident when he disrespected someone until I left in July 2018.” Narvaez said “he was 100% respectful. Clean and tidy? What is clean and tidy? Did he put the dishes in the dishwasher? Probably not at weekends. Is that a crime?”

The senior diplomat expressed to Sky News how terrible the situation became for Assange once the new government came to power in Quito.

“The last year was hell for Julian in that embassy,” Narvaez said. “I was there the first months of the last year and I witnessed when Julian was told that he would no longer be allowed to have internet or access to the phone and wouldn’t be able to have visitors.”

Narvaez said the Ecuadorean government were unable to figure out ways to end his asylum without facing international backlash. “The strategy was very clear – break him down. The government didn’t know how to end the asylum and face the catastrophic historical shame for doing that.”

Contrasting claims made in Sweden, Narvaez alleged that Assange did not want to go to Sweden to face a rape inquiry because he feared being arrested and extradited to the United States.

He further denied the allegations made in Sweden.

“I consider him my friend. He’s provided a big service to all of us,” the senior diplomat claimed, adding it doesn’t matter if we like him or not. It doesn’t matter if he puts the dishes in the dishwasher or looks after the cat well. I stand by Julian. I believe him.”​​​​​​​