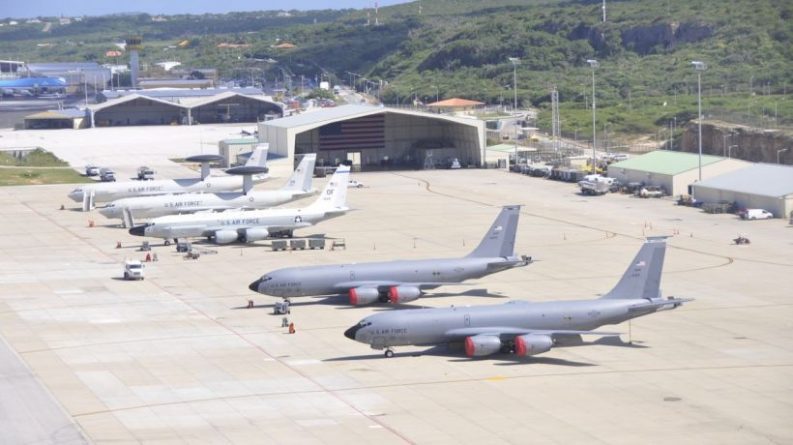 Aruba and Curaçao are two Caribbean territories under dominion (in terms of security and foreign policy) of the Netherlands. Since 1999, the United States has agreed to establish operations centers in both islands for the “fight against drug trafficking.”

A publication of the site Tni.org indicates that since that year there were suspicions on the table. They cite The Washington Post , which reported that from March 1999, the Clinton administration began to share intelligence in real time with the Colombian Armed Forces about the activities of the guerrillas from the advanced bases installed on these islands.

In other words, the United States delegated to these bases a clearly functional use to their confrontation against the insurgency and forces of the left. At that time, the United States was designing its road map for the advent of the Bolivarian revolution already in power in Venezuela.

RELATED CONTENT: “Cocoon” or Polar: the Conspiracy Has a Corporate Brand

The US bases on these islands are classified as “Forward Operating Locations (FOLs)” and in the beginning they supported the advance of the US intervention in the Colombian internal conflict, without the Netherlands being able to influence the decisions in this regard. For purposes of Washington actions in the Caribbean, both islands are used at the full discretion of US operations.

This was pointed out in a 1999 article by academic Tom Blickman. Under the title: “Advanced bases of the United States in Aruba and Curaçao, a contribution to military intervention in Colombia”, Blickman explained that although initially it was proposed that the Netherlands would not allow the use of these bases for intervention purposes in the region and that they would only have purposes of fight against drug trafficking, in fact the undisputed loss of sovereignty of the Netherlands over their islands and the discretion of the US government has taken place.

Since then, US operations have functioned as a “black box”, without any accountability of their activities to local political authorities or the region.

Venezuela has denounced in recent years the incursion of aircraft that have taken off (from these territories) and that would have carried out electronic operations of various kinds.

In 2015, a military aircraft of the DACH-8 type violated the air space of the Venezuelan territorial sea at a time when the Bolivarian National Armed Forces (FANB) detected the “unusual” additional flyby of other “intelligence aircraft” of the United States based in Curacao, according to the Ministry of Defense, Vladimir Padrino López.

RELATED CONTENT: US Military is Ready for War With Venezuela: Commander

In March 2018, a Boeing C17 aircraft was detected from the United States Air Force that took off from the Hato base in Curaçao. Padrino Lopez denounced in that opportunity that the aircraft  searched and reconoitered Venezuela’s Caribbean frontage and detailed that this time the airplane was detected by the Los Monjes archipelago in the Gulf of Venezuela, northwest of the country.

The evolution of the use of these US military bases has led to the formation of a “strategic arc”, which would be composed of assault troops, stationed in control and monitoring settlements of several countries of Central America and the Caribbean, with the objective of performing tasks of electronic warfare, espionage and concentration of logistic devices.

The suspicions about the operative transformation of these “FOLs” have not gone long unanswered, being evident in recent months’ revealed White House intentions to military intervention in Venezuela to depose the legal president, Nicolás Maduro.

In February of this year, the Government of Cuba said, in a statement,  between July 6 and 10 it detected flights of military transport planes from the United States to bases in Puerto Rico, the Dominican Republic and other Caribbean islands, “surely without knowledge of the governments of those nations.”

These movements “originated in US military installations from which units of Special Operations Forces and the Marine Corps operate, which are used for covert actions, even against leaders of other countries,” the Cuban government warned.

In effect, the military move would be camouflaged as a supposed “humanitarian intervention” in Venezuela and would involve a tactical deployment to directly attack the Venezuelan high command and unleash a war situation of greater proportions.

Havana stressed that it is “evident that the US paves the way to establish a humanitarian corridor by force” and recalled that several of its senior officials have said “with arrogance and impudence that, in relation to Venezuela,” all options are on the table, including the military one. ”

The US actions in these redoubts have been the placement and deployment of supplies, which could be considered disproportionate for the fight against drug trafficking. Understand, frigates and aircraft carriers.

It is presumed that in the opportunities in which these placements occurred, it would be gauging the displacement capacity of the naval air force with projection to Venezuelan soil, operationally weighing the particularities of the Caribbean.

Recently the think tank Center for International and Strategic Studies (CSIS), based in Washington, sponsored a private meeting entitled “Evaluating the use of military force in Venezuela.” The research project The Grayzone and journalist Max Blumenthal released the list of attendees.

Among the approximately 40 figures invited to the off-the-record event to discuss a potential military action against Caracas were some of President Donald Trump’s policy advisors on Venezuela.

The list includes former and current officials of the State Department, the National Intelligence Council and the National Security Council, along with Admiral Kurt Tidd, who until recently was the head of the Southern Command.

In addition to high-level officials of the embassies of Colombia and Brazil, as well as the main representatives of the parallel government of the leader of the coup in Venezuela, Juan Guaidó, who also participated in the meeting.