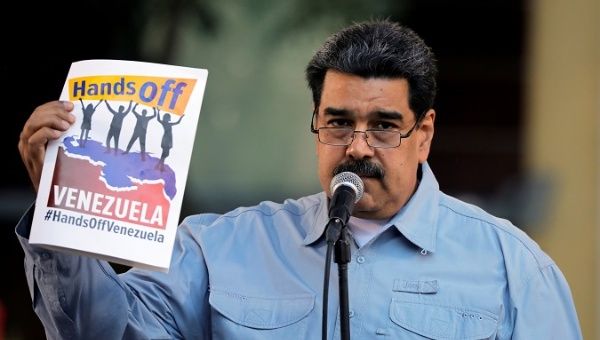 Six months after the failed assassination attempt against Venezuela’s President Nicolas Maduro, CNN revealed Thursday unpublished images of how such attack was prepared on a Colombian farm, information which was provided by one of whom were involved in the attempted attack, a report that agrees with the government’s assertaions about the attack.

On Aug. 4, 2018, an explosives-loaded drone exploded before reaching a stage where President Maduro was delivering a speech during a military parade in Caracas. At that time, the Venezuelan right-wing opposition and its allies, one of which was the U.S. National Security Advisor John Bolton, said the explosion was “a montage.”

RELATED CONTENT: CNN Video Shows How the Assassination Attempt was Prepared Against Maduro

“I think it was an inner job, organized by the [Venezuelan] Government,” Guaido told CNN in a recent interview, arguing that the attack made President Maduro appear “as a victim.”

Despite the evidence about the assassination attempt, global mainstream media ridiculed the drone attack using qualifiers such as “presumed”, “supposed”, “confusing event” and “alleged drones”. On Aug. 5, 2018, for instance, CNN Spanish titled an article “the world reacts to the alleged attack against Nicolas Maduro.”

New videos obtained by CNN provide insight into last year’s drone attack against #Venezuela‘s sitting president Nicolas #Maduro.
It may be the world’s first known attempt to kill a head of state with a retail drone.@npwcnn reports:https://t.co/A0qJ1Vd3cf

Almost half a year later, however, CNN published an interview with a Venezuelan dissident who organized the attack. He admitted that the objective was to assassinate Maduro, an outcome which involved expecting some “collateral damages”.

“[Killing other people] was the risk we had to take,” the attack organizer said in response to questions by CNN reporters and explained that the drones were purchased online and imported to a Colombian farm, where plotters were training day and night in the handling of the devices.

In the CNN-unveiled videos, it can be seen that Venezuelan conspirators trained to fly the drones at high altitude, a maneuver that they hoped would prevent the devices from being detected before it takes a nosedive at Maduro.

The Venezuelan conspirator also assured that U.S. government officials had three meetings with the plotters after the assassination attempt occurred. In those meetings, according to CNN, these officials only “took notes” on the background of the attack and its failure.