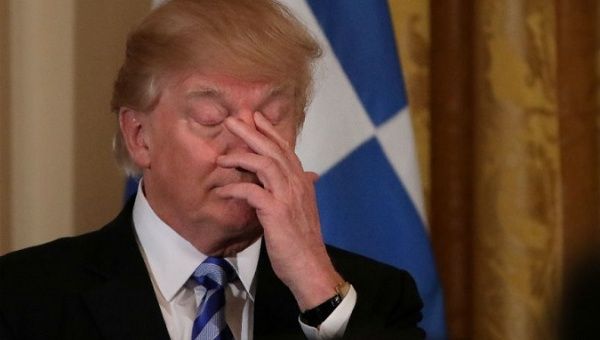 New Zealand’s Prime Minister Jacinda Ardern has described the shootings as a “well-planned terrorist attack”, and said this is one of the country’s “darkest days”.

Brenton Tarrant, the 28-year-old who carried out at an attack on two mosques in New Zealand, killing at least 49 people, Friday, appeared to praise U.S. President Donald Trump in a 74-page manifesto that he published around the time of the shooting.

Tarrant praised Trump as “a symbol of renewed white identity and common purpose” while also complementing Anders Breivik, the Norwegian white supremacist who murdered 77 people in Norway in 2011.

RELATED CONTENT: In Venezuela, White Supremacy Is a Key Driver of the Coup

Trump’s support base in the United States mostly includes far-right sectors of society who have anti-immigrant and anti-Muslim sentiments, ideas that he has voiced throughout his presidential campaign and later during his presidency. David Duke, one of the well-known leaders white supremacist Ku Klux Klan, commonly called the KKK, continues to be one of Trump’s main supporters.

While the White House has not yet commented on the attacker’s praise for Trump, the U.S. president condemned the “horrible massacre” and said that his country “stands by New Zealand for anything we can do,” he wrote in a post on Twitter.

In his manifesto, the shooter also claims to have had contact with Breivik and had received “blessing” to carry out his mass shooting against the Muslim community in New Zealand.

The attacker now is in police custody and has been charged with multiple accounts of first-degree murder. He will appear in court Saturday. Three other people have been also arrested in connection with the shootings.

It has also been confirmed that Tarrant shared a live stream on Facebook Live of his attack using a camera mounted on his head showing him holding a gun and shooting people at the mosques at close range.

The attack was carried out around the time of the weekly Muslim Friday prayer that attracts hundreds of worshipers to different mosques to attend a sermon and a prayer lasting about 45 minutes around midday.

New Zealand’s Prime Minister Jacinda Ardern has described the shootings as a “well-planned terrorist attack”, and said this is one of the country’s “darkest days”.

Meanwhile an Australian lawmaker is under attack for blaming the shootings on immigration policies and Islam itself. “The real cause of bloodshed on New Zealand streets today is the immigration program which allowed Muslim fanatics to migrate to New Zealand in the first place,” Australian senator Fraser Anning in a statement shortly after the attack. .

“The truth is that Islam is not like any other faith. It is the religious equivalent of fascism. And just because the followers of this savage belief were not the killers in this instance, does not make them blameless.”