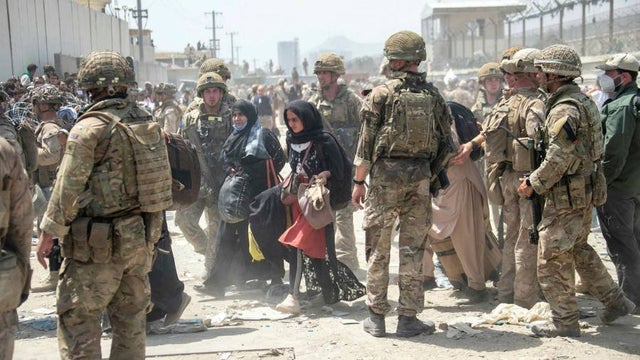 On Sunday, August 22, seven Afghan civilians died near the Kabul airport, as thousands of people—most of them were people who had collaborated with the US authorities in Afghanistan over the last two decades—tried to flee the country. According to information provided by the British Ministry of Defense, the incident took place when the Taliban fighters fired into the air to scare away people who were trying to enter the airport terminal, which led to a stampede.

Hours earlier, the Taliban forces had managed to organize the situation at the Kabul airport, where thousands of people waited to board a flight to leave the country. According to witnesses, the Taliban members asked crowds to line up at the main gates of the airport to prevent hundreds of people from gathering in the vicinity of the airfield runways.

Since a week before the Taliban took power in Afghanistan, thousands of people started to gather and stay near the airport, leading to chaos at the terminals as the United States and other countries attempted to evacuate thousands of their diplomats and civilians as well as numerous Afghans.

NATO and Taliban officials have reported that since last Sunday, at least 19 people have died in and around the airfield, which is supposedly under US control.

This Saturday, the US and Germany warned their citizens to avoid traveling to the Kabul airport, citing security risks. Thousands of desperate Afghans had gathered at the airport, trying to flee in order to avoid Taliban reprisals for having collaborating with the US invaders, although the Taliban leadership has announced a general amnesty for Afghans.

However, flights from Italy, Spain, and Turkey have managed to reach Afghanistan to evacuate hundreds of people.

Given the situation of thousands of people waiting to leave the Central Asian country, the US president, who has been heavily criticized for his terrible management of the US retreat from Afghanistan, announced that he is asking commercial airlines for help to transport Afghan refugees once they are evacuated from their country by military aircraft.