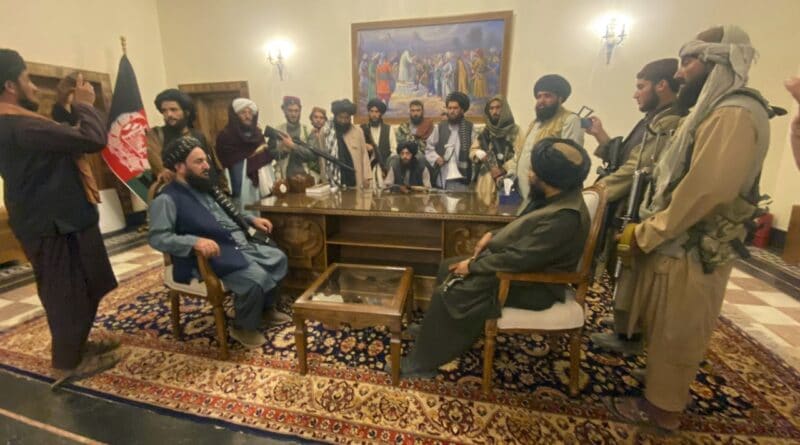 On Monday, August 16, Russian General Georgy Shpak commented on the shameless and ruthless way in which the United States “dumps its allies.” He made this comment in regard to the recent takeover of Afghanistan by the Taliban after the withdrawal of US troops.

In an interview with Russian news agency RT, Colonel Shpak addressed the recent events in Afghanistan, a country mired in despair after the sudden takeover by the Taliban, just after US forces withdrew from Afghan territory in defeat, after 20 years of unsuccessful occupation.

General Shpak, a veteran of the Afghan-Soviet war (1979), stated that “the whole world has seen how shamelessly and mercilessly they [the US] abandon their allies and how little their promises are worth.”

The US imposed order has collapsed, Shpak stressed, and added that, if someone had still not understood this after what happened in Yugoslavia and Libya, the example of Afghanistan should now make it clear that “the United States can only bring a controlled disorder to the peoples whom they have tried to help with their ‘democracy.'”

According to Shpak, Washington has a totally cynical policy that includes “looting the country and then leaving it to its fate.” Therefore, what is happening in Afghanistan has forced many politicians in other countries, such as in Ukraine, to think very deeply and seriously about their ties with the US.

Kabul was doomed to a shameful surrender
The armed organization Taliban, which ruled Afghanistan from 1996 to 2001, now, once again, controls the entire country, after taking the capital Kabul on Sunday, August 15, without facing any resistance from government forces. Meanwhile, former President Ashraf Ghani resigned and fled the country, going first to Tajikistan and then to Uzbekistan.

The Taliban insurgents had intensified their attacks from May onwards, precisely at a time when US troops and the North Atlantic Treaty Organization (NATO) were preparing to conclude their withdrawal from Afghanistan on August 31.

In this context, Shpak highlighted that the Afghan National Army (ANA), trained and armed for two decades by the US, did not fight against the Taliban, since it was demoralized and knew that no one was going to help them and Kabul was doomed to fall.

“The Taliban were not even going to storm Kabul,” emphasized the colonel. “They knew beforehand that the city was doomed to a shameful surrender… The Taliban would have won anyway, a day before, a day later.”

The United States and its NATO allies invaded the Afghanistan in 2001, with the pretext of the September 11 attacks that destroyed the Twin Towers of the World Trade Center. Now, 20 years after, a spiral of violence continues to engulf Afghanistan.

The entire country is currently in panic. On Monday, August 16, at least five people lost their lives after the US military shot into a crowd at Hamid Karzai International Airport in Kabul, where many people had gathered to try and flee the country as the capital fell to the Taliban.