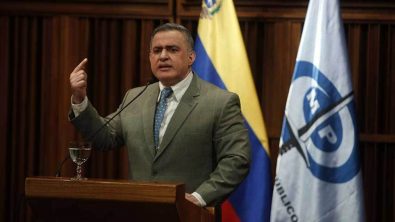 The Public Ministry (MP) denounced a new case of fraud with currencies granted by the State, through the Foreign Exchange Administration Commission (Cadivi) by four ghost companies and therefore generated a fraud to the nation by the amount of 14 million dollars between 2011 and 2014.

“Today we report on a new case of currency fraud of Cadivi involving four ghost companies that embezzled the country in the amount of 14 million US dollars with fraudulent imports,” said the Attorney General of the Republic, Tarek William Saab, in statements from the headquarters of the MP, in Caracas.

He indicated that it is about Corporación Gustavo La Chica 2009; Produquiven; Comercializadora C & C and Inversiones SELR 150 that allegedly were created for the import fraud.

These companies allegedly made imports of fertilizers and agricultural machinery between 2011 and 2014, which would result in fraudulent transactions due to the fact that the imported products were waste and scrap.

In the detail of the investigation, the Attorney General reported that the aforementioned companies did not have a tax office and had no connection to agricultural activity. Also, “the margins of overvaluation of products exceed 1,000%,” he said.

The investigation carried out by the 74º National Prosecutor’s Office, together with the National Police against Corruption, revealed that two of the main partners of these business groups are linked to the commercialization of illegal drugs, “among them the so-called cocaine rosa or “cocaine for rich people”, with a cost equivalent to $ 100 per gram, “he explained.

The inquiries showed that the owners and shareholders of the three companies are related to each other and have 22 other companies, so that until now there have been 29 raids on different legal companies, as well as “the blocking of their bank accounts and assurance of movable and immovable property, “he explained.

Therefore, the citizens Rafael Motos, Yaburi Gómez and María Elena Vallenilla, shareholders of Produquiven CA, and Jorge Echenagucia and Willian Rojas shareholders of the company Comercializadora C & C CA, were also implicated in these irregular facts. Apprehension was requested by the Public Ministry.

The aforementioned persons will be charged for the crimes of fraudulent request of US Dollars, legitimacy of capital and conspiracy, while reporting that the MP appointed the 27th National Prosecutor with competence in the field of drugs, to investigate the connection of these people with the trafficking of illegal drugs.