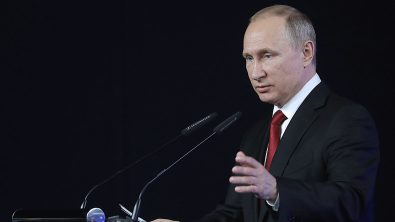 Russia condemned the new sanctions imposed by the United States (US) for the shipment of oil tankers to Syria.

“Attempts to present allegations about a responsibility in the supply of oil to Syria, whose armed forces are fighting against terrorist aggression for the eighth year in a row, looks more like a statement about the US support for terrorists and, at the same time, the intention to prevent the restoration of a devastated country (…) Does the United States really want this? “, reads a communiqué from the Russian Ministry of Foreign Affairs in a news article from Russia Today.

Last Tuesday, the US Department of Treasure sanctioned Russian and Iranian entities for their alleged involvement in the supply of oil to Syria in opposition to the US package of sanctions against Damascus. A Russian citizen and two Russian companies are part of the list of affected by this measure.

The Russian Foreign Ministry assures that “the main reasons for the introduction of sanctions are based on internal political discord in the United States.”

“In trying to put pressure on Russia, Washington repeatedly demonstrates its inability to make our country change its independent line on the world stage,” concludes the Foreign Ministry.