Ecuadorean students from public and private universities staged a protest Monday in the capital city of Quito against the government’s new budget State General Budget (SGB) for 2019 which seeks to cut funds in education. The austerity measures come in a series of moves by the current government to promote what students deem neoliberal policies.

Hundreds of students from more than a dozen Universities, belonging to the FEUE, the Federation of Students from Private Universities (FEUPE, for its acronym in Spanish), and the Federation of Polytechnic Students (FEPE, for its acronym in Spanish) gathered in front of the largest university, Universidad Central and started their march from there.

Ministry of Economy and Finance announced that in the projected bugdet, a cutback of approximately US$145 million – from US$1.443 billion to US$1.297 billion – are contemplated for higher education. Photo:teleSUR 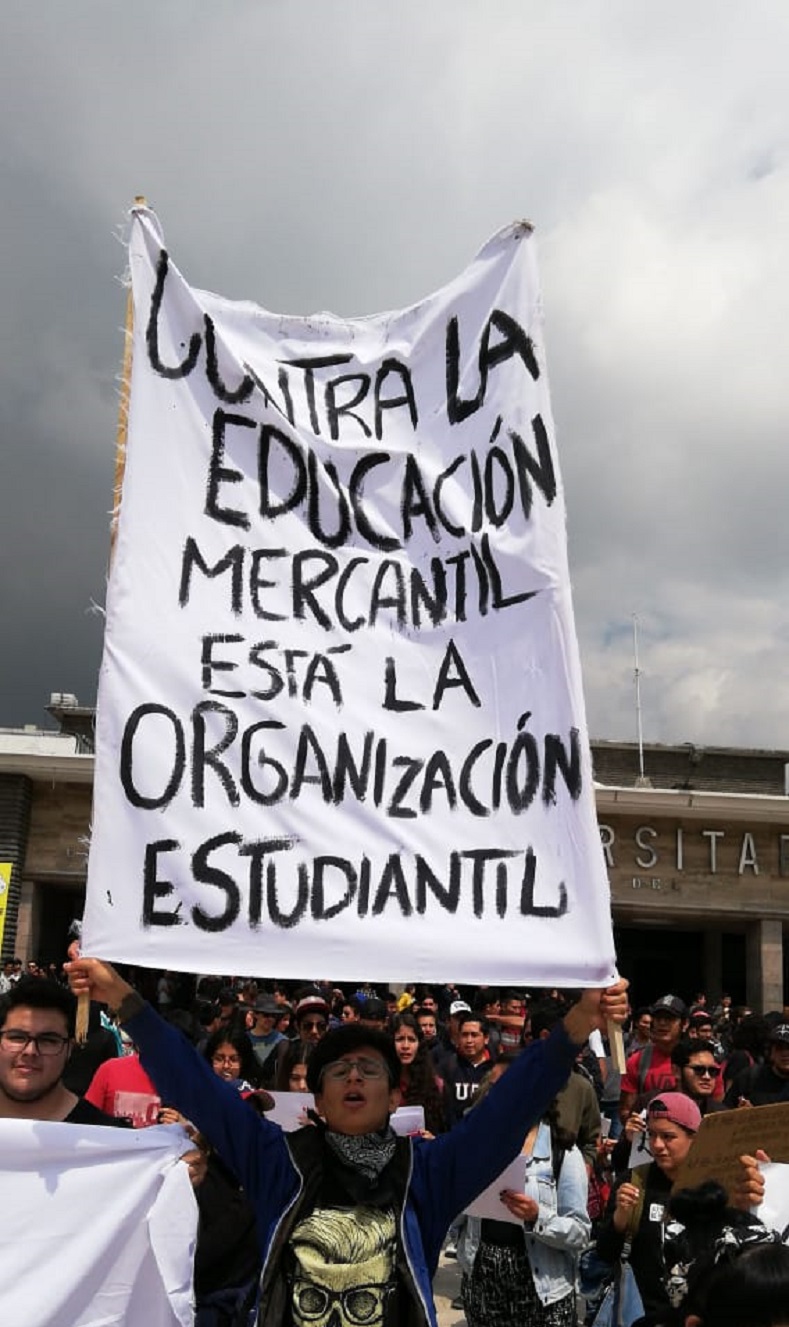 The aim of student mobilization is to prevent the State from going forward with the proposed budget cuts in order to safeguard the constitutional rights of the youth of the country. Photo:teleSUR 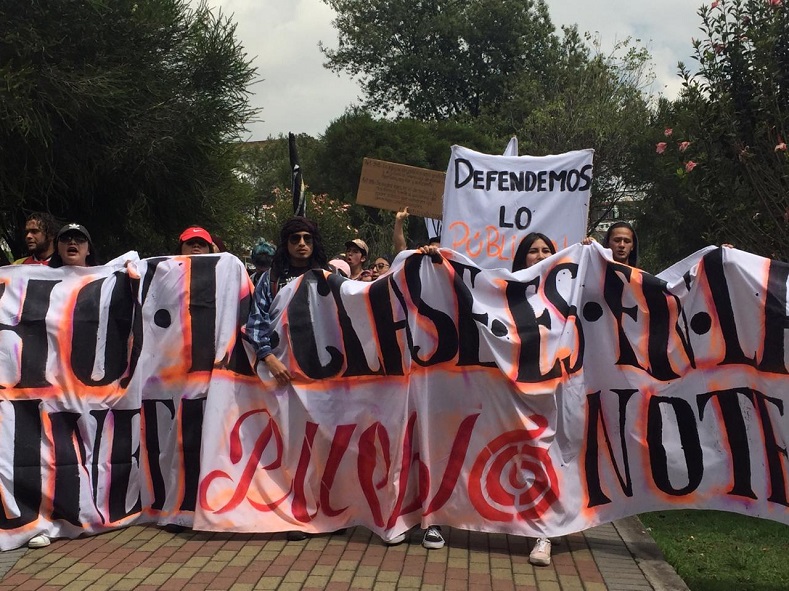 Due to the cuts, there will be backtrack in entry quotas, scholarships, funding, hiring of qualified teachers, amongst other. Photo:teleSUR

Students from low-income background will be affected most. Photo:teleSUR

“This affects public [universities directly] because they are financed directly by it, but we [private universities] are also affected as we are co-financed,” Pablo Gomez, at the Pontifical Catholic University, economics student, and vice president of the association of the School of Economics, member of FEUPE, told teleSUR. Photo:teleSUR 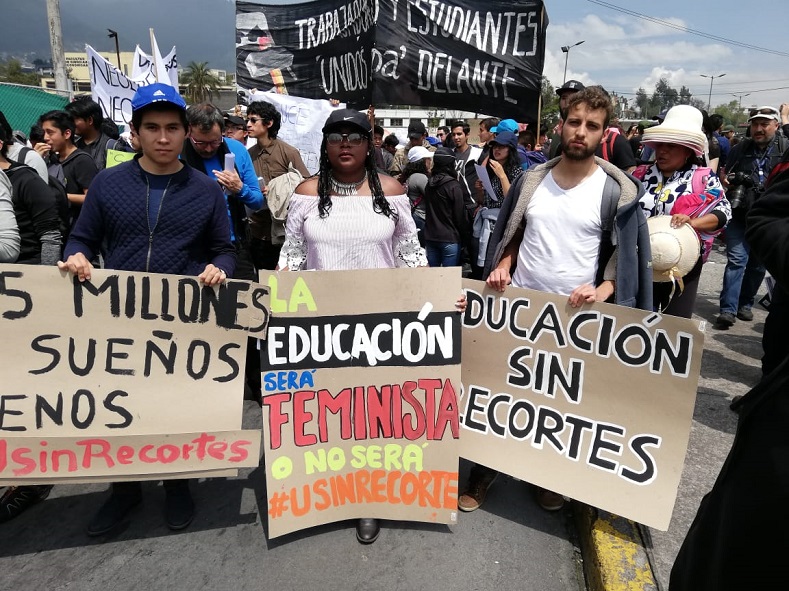 The projected budget has been sent to the National Assembly for their revision and approval. On the first round of reviews, the Assembly observed that the State should keep the same amount destined for education which was destined for the fiscal year 2018. Photo:teleSUR 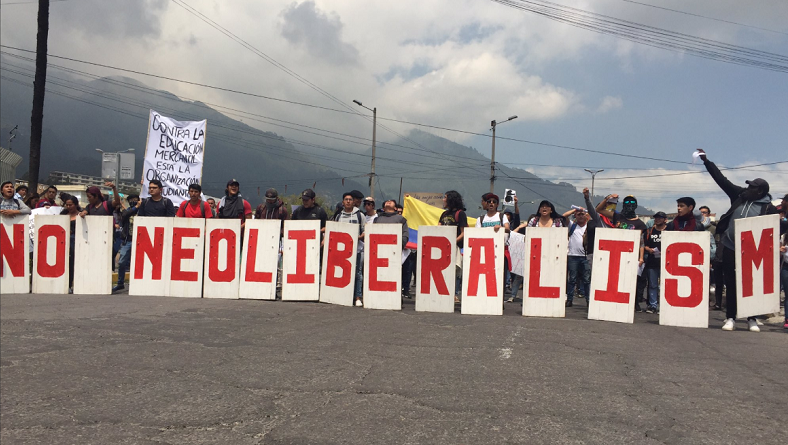 The final discussions are taking place at the National Assembly, as the final Nov. 30 deadline to approve the projected SGB (2019) approaches. Photo:teleSUR 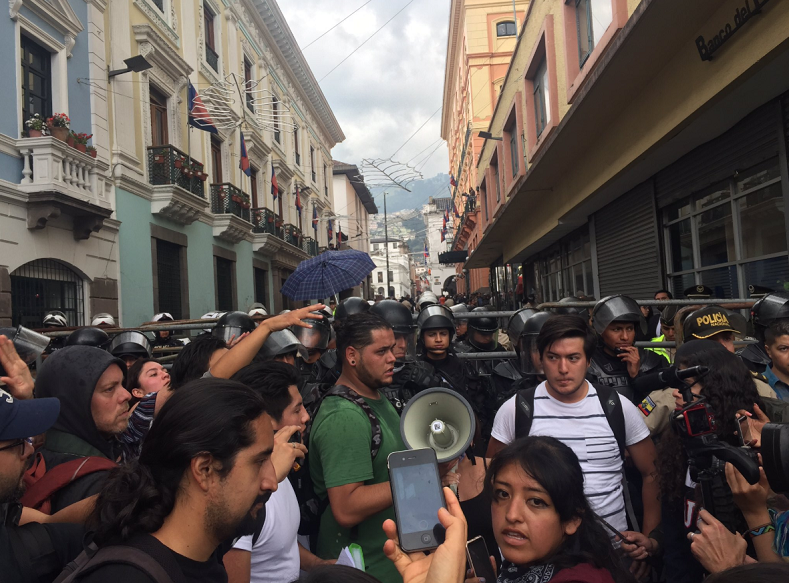 The Ecuadorean police prevented the protesting students from marching towards the Presidential palace. Photo:teleSUR