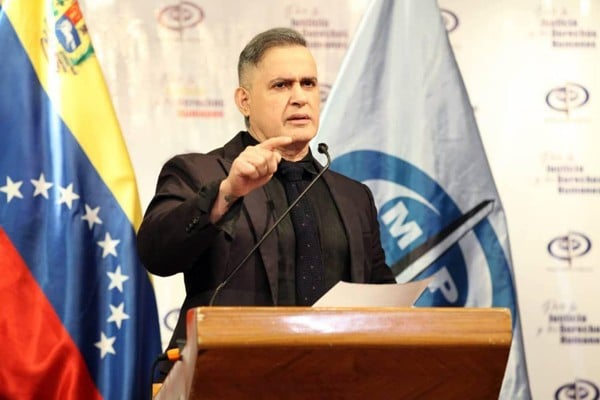 The Attorney General of the Republic, Tarek William Saab, said that the hierarchy of the Catholic Church allegedly covered up the pedophilia crimes of the priest Jesus Manuel Rondón Molina, killed in Táchira on January 20 by one of his victims.

When offering a press conference on the actions of the Public Prosecutor’s Office (MP) in defense of girls, boys and adolescents, the Attorney General said that after having carried out the corresponding inquiry, the abuse committed by Rondón Molina against the adolescent who confessed having killed him and, additionally, it was verified that his younger brother – threatened with death by the priest – was also abused.

On January 22, the Minister of Internal Relations, Néstor Reverol, reported that the young man confessed to the security agencies that he had strangled the priest for having sexually abused him, since the age of 14 years old, and for threatening to also perform lascivious acts against his 10 year old brother.

“It follows from the investigations that the presbyter’s behavior was repeated and known to his superiors. At least 2 more children filed complaints against the church in 2014 and 2015,” said Saab.

The Attorney General said that, although the aggressor was followed by an internal process that decided to expel him from the priesthood,” it is extremely serious that no adequate measures were taken so that this abuser would not continue attacking his victims.”

He also revealed that this behavior of the priest was “repeated, permanent and customary.”

Faced with this crime, the Public Ministry authorized telephone lines 0212 5098684 and 0800-FISCA-00 for the population to denounce those actions that jeopardize the safety and integrity of children and adolescents.

“Pedophilia Island”
The Attorney General compared what happened, with the events committed by Jeffrey Epstein, an American businessman responsible for running, in one of the Virgin Islands in the Caribbean Sea, a center for child trafficking and prostitution used by dozens of businessmen and politicians around the world, which became known as the “pedophilia island”.

There were minors and women in poverty, who were kidnapped or deceived through intermediaries, and forced to “work” there by providing sexual services, prostituting themselves or being raped in an impressive network of human trafficking of which complaints are still received and new discoveries are being made.

Saab guaranteed that the Venezuelan government will not allow events such as those carried out by Epstein to occur in Venezuela.

Balance
Saab reported that since his arrival at the Public Ministry to date, 8,966 cases of sexual abuse against children and adolescents have been admitted; 837 arrest warrants have been requested, 4,335 people were charged, 3,289 accused and 1,340 people received convictions.