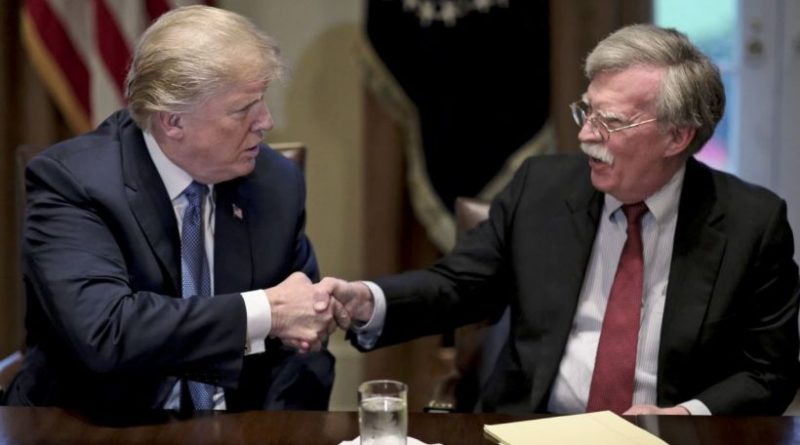 In March of last year, the president of the United States, Donald Trump, announced through his Twitter account that John Bolton would be his national security adviser.

Bolton is considered a hawk in international politics, due to his career with former US presidents Ronald Reagan and George W. Bush, being a key player in the preparations for the invasion of Iraq in 2003. In 2001, Bolton was Assistant Secretary of State for Arms Control and International Security, and under this designation had a preponderant role in that imperialist expedition to the Middle East.

One of his maneuvers was to conduct the expulsion in April 2002 of the Director General of the Organization for the Prohibition of Chemical Weapons (OPCW), José Bustani. In an article in The New York Times in 2013, Bustani said that for the Bush administration, chemical weapons inspection in Iraq proposed by the OPCW for a peaceful resolution to the conflict in 2002, was an obstacle.

After months of pressure and lobbying by Bolton, he managed to get Bustani out of the way. An extraordinary and unprecedented session was held to expel the Director General of that monitoring agency. Bolton got the vote to result in 48 votes for dismissal in contrast to 7 votes and 43 abstentions. This would allow Bolton to act with greater freedom without the multilateral containment.

RELATED CONTENT: Chancellor Arreaza: The Only Assault on Venezuelan Democracy is that of Donald Trump’s Supremacist Regime

A year later, Bush Jr. declared the beginning of the use of military force against Iraq, arguing that the nation had weapons of mass destruction.

Before the controversial nomination of Bolton to represent the United States in the UN in 2005, Bush Jr. had different obstacles in the US Congress to executing that investiture, so he agreed to make the direct appointment to office, going around the Congressional vote.

In that same year, different cases appeared that warned about Bolton’s temperament, character and personality, putting his designation before the UN at risk. However, the relevant case was that of divorce from his first wife, Christina Bolton.

The New Zealand news site Scoop published an article by Larry Flynt on the process of divorce of Bolton from Christina in 1983, on accusations of participation in group sexual activities, in a swingers’ club or swingers in New York in the 70;s, called Plato’s Retreat.

On this, Flynt would have made certain statements in a letter to the US Senate Foreign Relations Committee, with the support of some Court records. Bolton’s first wife was forced to have group sex, as stated by Flynt.

For the time being, Flynt requested the Senate to conduct a thorough investigation into that fact, based on the judicial records indicated . In them, it is found that Christina never appeared before the court, since she fled while Bolton was traveling to Vienna.

According to the records, Flynt assumed that Mrs. Bolton was fleeing for fear of her safety or because of Bolton’s inability to communicate or work with respect in resolving that intimate matter.

This is extrapolated by Flynt to the political sphere of the moment, expressing to the press that if Bolton becomes the representative to the UN, he must be free of any potential blackmail. The accusations about his divorce were not refuted in 2005 by the State Department, nor is the current whereabouts of the ex-wife known.

Just like Epstein’s recent case, these old accusations made by Flynt should not be dismissed. This investigation remained unfinished, both in the hands of the FBI and in the media. The American political and economic elite once again protects themselves against these murky plots, creating a filter of what society can see and what not.

Featured image: John Bolton has influenced Trump in the development of a policy of direct interference with Venezuela (Photo: Archive)