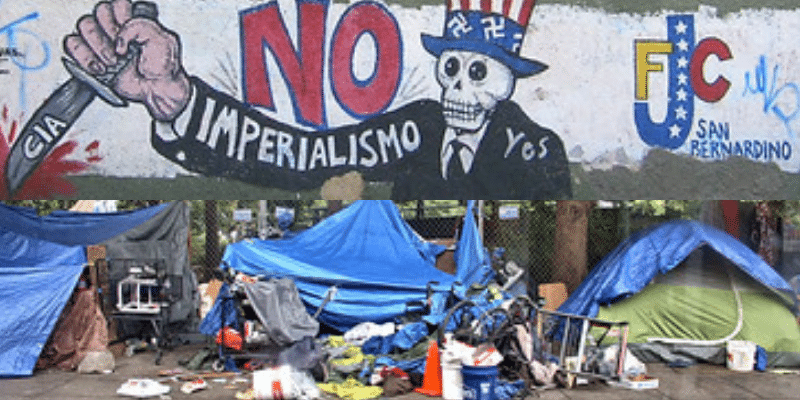 The race to the bottom is an imperative of austerity, which is foundational to the history of state violence in the US.

Not a month after the eviction moratorium was allowed to expire in the United States did the Biden administration do away with nearly all pandemic-related protections. The latest casualty in the U.S. race to the bottom is the federal unemployment boost which provided $300 extra per week to workers not generally considered eligible for the benefit. Estimates predict that at least fifteen million workers across the United States are now at risk of losing their housing. Millions more will see their incomes drastically dip amid devastating spikes in the cost of living. These breakneck austerity measures come as the contagious Delta variant continues to kill more than a thousand people per day.

The pandemic has only further exposed how mass murder and austerity are an American pastime for the ruling class of the imperialist albatross. Nearly 900,000 people have died over the last 18 months due to the refusal of the United States’ political class to curb transmission of the COVID-19 pandemic. Despite the Biden administration’s hoarding of Pfizer and Moderna vaccines, it is estimated that 100,000 more people will die from COVID-19 in the US before the year’s end. Workers in all sectors of the capitalist economy are quitting their jobs in record numbers as they weigh the risks between engaging in low-wage work or avoiding COVID-19. Cuts in pandemic-related protections send a message that workers must make a choice: go to work or find themselves hungry and houseless.

This choice didn’t emerge from the pandemic. Rather, such coercion is a pillar in the foundations of US capitalism. Capitalism is predicated upon the sale of labor to capitalists or those who own the means of production privately to accumulate maximum profit. A wage is provided to workers at a fraction of the value that they produce. The rest is pocketed as profit by the bosses.

Austerity is a key feature of the neoliberal stage of capitalism whereby finance and monopoly capitalists have calculated that any kind of so-called “welfare state” is an obstruction to their lust for profit. That calculation is based upon the very real crisis faced by a system mired in contradiction. The more intense the exploitation of the worker becomes, the harder and faster the system reaches a “bust cycle” vis-à-vis underconsumption (generally called overproduction). Austerity is an acknowledgement that underconsumption is a permanent feature of capitalism at this stage of development. That’s why universal welfare policies such as Medicare for All, a living wage, and student loan forgiveness find no support from any section of the capitalist class regardless of their political persuasion.

The class war inherent to US capitalism is maintained and nurtured by state violence. US capitalism has long surpassed its European forefathers in its capacity for brutality. The US was founded upon a white supremacist chattel slave system which killed millions of Africans and left millions more in subhuman conditions of wage-free labor for several centuries. Indigenous people were nearly exterminated by a settler colonial regime that served as a precondition for US capitalist development. Neither Africans nor indigenous people have received reparations for the crimes of colonialism and their oppression continues into the present day in a myriad of forms.

This includes the mass incarceration system (population 2 million or 25% of global total, 40% of which is Black American) and the legalized lynch mob known popularly among activists as “killer cops.” Police departments kill Black and indigenous people at nearly three times the rate of white Americans. And the entirety of US society has been militarized, not just the cops and the prison system. A massive surveillance system collects private data from every individual residing in the United States as a means of social control. The US military apparatus receives trillions of dollars to assert its hegemony abroad through drone strikes, invasions, coups, special operations, and a host of other forms of conventional and unconventional warfare.

There is no shortage of examples that demonstrate the direct link between militarism and austerity. The US refuses to pledge the necessary $25 billion to vaccinate the world from COVID-19 yet has no problem providing this same sum of money to the Pentagon for endless war. Furthermore, Biden has sent more military weaponry to local police departments in the first quarter of his administration than the average quarterly expenditure under Donald Trump’s four years in the Oval Office. The US’s addiction to militarism comes has an enormously negative impact on the economic health of the most oppressed sections of humanity worldwide. Extreme poverty has risen globally during the pandemic, and the economic conditions of Black America specifically have only become more precarious over this period.

State violence and militarism are thus tools of repression which help reproduce the misery of the exploited classes. These conditions have intensified the anti-social character of the US’s “exceptional” capitalist system. Hurricane Ida serves as a prime example. More than fifty working class residents, many of them low-wage immigrant workers, were left to drown due to a lack of warning about the severity of the storm. Hundreds of thousands were still without power more than eleven days after Hurricane Ida passed through New Orleans.

This is what is meant by austerity and mass murder being an American pastime. The ruling class, what Glen Ford referred to as the “lords of capital,” has nothing to offer in the way of resolving the crises engendered by the system. Despite a global pandemic, climate catastrophe, and economic instability, the Biden administration is moving full steam ahead to satisfy the blood-soaked profits of its donor class. The race to the bottom will continue so long as the Democratic Party maintains its stranglehold over left politics. A reckoning is in order. The motive force behind this reckoning will be determined by how soon we can develop a critical mass to shut the gates on the Democratic Party’s graveyard of social movements for good.

Featured image: Mural in San Bernardino, California, describing what US imperialism is—mass murder and austerity—which is reflected in the tents of homeless people on the pavement just in front of the mural. Photo: Black Agenda Report 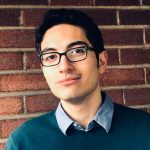