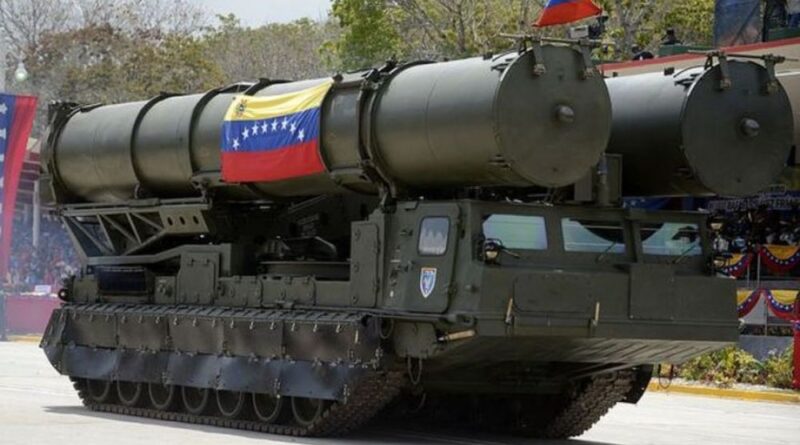 On Sunday, October 10, the journalist Madelein García shared a video on Twitter about the statements offered by the senior military commander. She indicated that the “investigation” published on Saturday, October 9, by the Colombian media outlet was full of “lies,” and was “a badly made montage.” However, she added, “that is not surprising” because “it is a news outlet that belongs to the Colombian oligarchy.”

In García’s opinion, “the oligarchy from the neighboring country, which the sub-president Iván Duque and his entire entourage of criminals embody, has a sole purpose, which is to disturb the peace in all of the region.”

Padrino-López stressed that the article based on false documents is “a slap in the face to the readers of this media outlet.”

Semana magazine’s “work” begins like this: “On June 21, a cargo Boeing 747-200F, from the Iranian airline Fars Air Qeshm and controlled by Mahan Air, landed at the largest military base in Venezuela, El Libertador (Bael), located in Palo Negro-Maracay. Semana has in its possession secret reports from the Nicolás Maduro regime that reveal a powerful shipment of weapons arrived in that aircraft. Alarms are being sounded in the United States, Colombia, and the entire region.”

In light of this, Padrino-López regretted that the magazine lends itself “to the tricks and the political despair that persists in Colombia,” which seeks “to overcome the insurmountable, to try to overcome what has not been done for the people of Colombia during the last four years.”

He reiterated that what was published by Semana is “fake news and does not deserve more comments from me.”

Under the label #LosMisilesDeMaduro, Semana magazine published the investigation allegedly based on “exclusive evidence,” regarding the acquisition of weapons by Venezuela from Iran and Russia.

However, the work presents clear inconsistencies that expose and disrupt, once again, the maneuvers for a warlike conflict between the two countries [Colombia and Venezuela], which is promoted by the Colombian and Washington elite, as evidenced by Venezuelan investigative news website La Tabla.

The Colombian media tried to generate panic against the Venezuelan government with an obvious alarmist tone in these statements: “There are missiles, bombs, radars, and air defense systems. The United States, Colombia, and the region are alert.”

La Tabla revealed inconsistencies in the “exclusive evidence,” such as the name of the Commander of the [Military] Aviation of Venezuela who signed—according to the report—a memo. Additionally, there is a mistake with the name of the El Libertador Air Base located in the state of Aragua (and not Libertadores as presented in the fake memos), among other inconsistencies.

Many analysts think that the Colombian oligarchy and political establishment might be looking to gain free access to US weapon systems or to influence Colombian public opinion to be open to massive spending on this. Meanwhile, from the other side, the Colombian government has been announcing for months that it is almost bankrupt, which is the reason for the tax reform that it is pushing to get more money from regular Colombians.

Back in 2009, during Hugo Chávez’s term, Russia agreed to lend Venezuela over $2 billion to purchase 92 tanks and a S-300 missile system, which can shoot down fighter jets and cruise missiles. It is the most feared missile system in operation worldwide. Two battalions of S-300VM Antey-2500s were delivered in May 2012. But in 2019, when the United States and Colombia threatened a military offensive against Venezuela, President Maduro announced that he might open new arms negotiations with Venezuelan allies, like Iran, Russia, and China, to defend Venezuela in the case of foreign aggression.