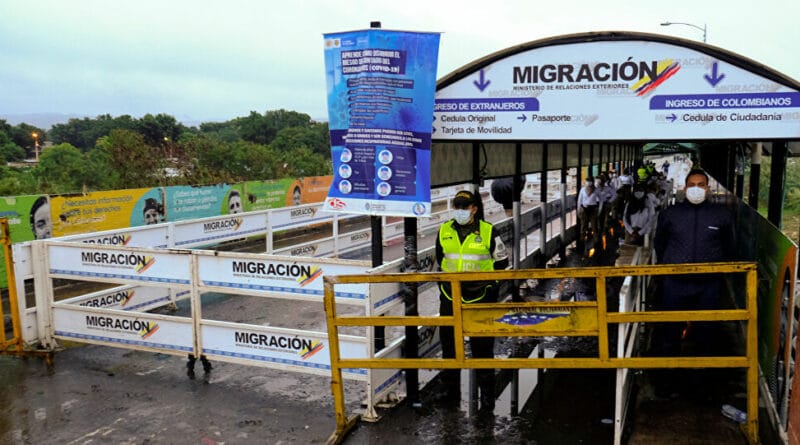 On Friday, October 8, Freddy Bernal, the head of the protectorate of Táchira, reiterated that the Venezuelan government has all the political will for the progressive commercial reopening of the Colombia-Venezuela border in a biosecure manner.

“We have all the political will, as said President Nicolás Maduro, for a progressive and biosecure commercial opening of the border,” said Bernal in a video posted in his Twitter account. “We wait, with all due respect, for the response of the Colombian authorities. Facts and not words. Meanwhile, we go on working for the prosperity, unity and peace of the state of Táchira.”

Recently the Venezuelan government ordered the removal of the containers that were placed on the Simón Bolívar international bridge, specifically between the cities of San Antonio del Táchira (Venezuela) and Cúcuta (Colombia). The containers were kept there to block the border since February 2019, after former deputy Juan Guaidó and Colombian President Iván Duque tried to forcibly push supposedly humanitarian aid from Cúcuta into Venezuelan territory, which was just a pretext to instigate violent riots at the border.

This Thursday, Colombian newspaper La Nación reported that both the humanitarian channel and the student corridor are still active in this important border crossing. According to the newspaper, the pedestrian crossing for general public will only be restored when more than 70% of the population is vaccinated.

Bernal informed that the commercial reopening of the border could not be completed this Friday due to the lack of coordination between the immigration and customs authorities of the two countries.