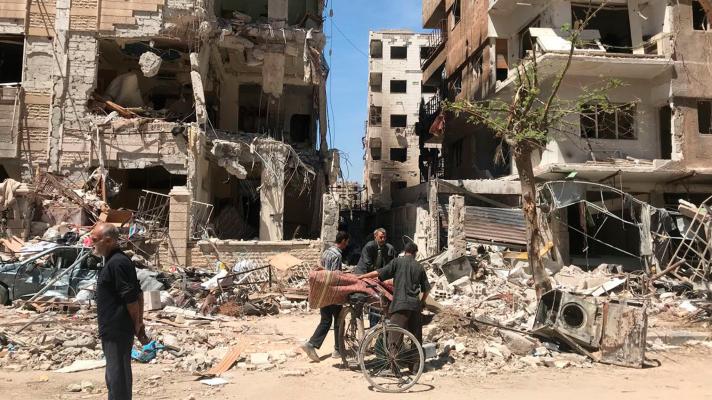 UK’s propaganda outlet BBC has admitted that a Radio 4 documentary about an alleged chemical weapons attack in Douma, Syria, in 2018 contained serious inaccuracies.

On Sunday, the UK corporation’s Executive Complaints Unit (ECU) upheld a protest by Daily Mail columnist Peter Kitchens following the broadcast on the program Mayday: The Canister On The Bed last November.

The governments of Syria, Russia, and Iran denounced that the alleged chemical attack had not taken place, and that the evidence was fabricated in order to justify further Western aggression on Damascus. Israel, via aerial bombardment, subsequently destroyed potential proof of the manipulation in Douma.

RELATED CONTENT: Israel’s Airstrikes in Syria are not Newsworthy for Western Media, as a Result Status quo Continues & Civilians Suffer

The program, which is part of a series on aspects of the conflict in Syria, addressed an attack in Douma in 2018, and included an account of the role later played by “Alex,” a former inspector with the Organization for the Prohibition of Chemical Weapons (OPCW), the UN watchdog for poisonous weapons.

Last week, almost ten months after the broadcast, the ECU delivered its conclusion that the BBC was wrong to imply that “Alex” was motivated to make public his doubts about the attack by the prospect of a $100,000 reward from the WikiLeaks website.

No such reward was ever paid, according to WikiLeaks.

The BBC also accepted that it had no evidence to back up its claim that “Alex,” a highly skilled and apolitical scientist, believed that the attack in Douma, which sparked retaliatory missile strikes by Britain, the United States and France, had actually been carried out.

In its ruling, the corporation withdrew the accusation that Hitchens shared “the views of the Russian and Syrian states on the war.”

In keeping with Hitchens’ complaint, the adjudicators said: “The ECU found that, although they were limited to one aspect of an investigation into a complex and hotly contested subject, these points represented a failure to meet the standard of accuracy appropriate to a programme of this kind.”

Welcoming the ruling, Hitchens said: “This is a major victory for the truth. The whistleblowers inside the OPCW were always motivated by a strict regard for scientific truth,” adding: “I am glad the BBC has now made clear that it grasps that my reporting was motivated solely by the search for truth.”

In addition, he said that “It is astonishingly rare for the BBC to rule against itself.”