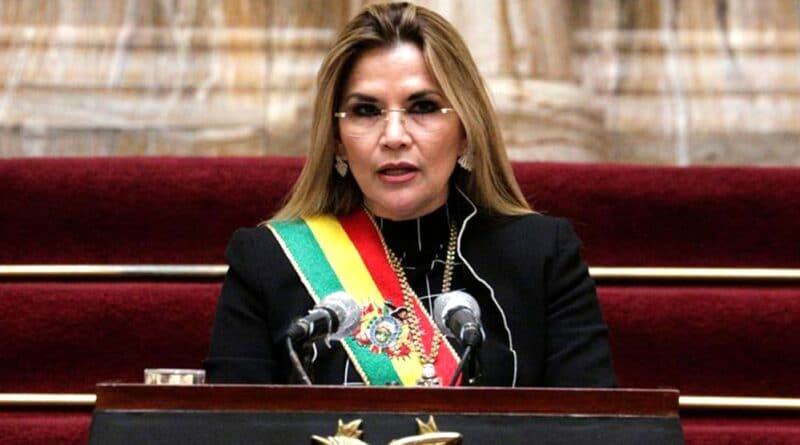 The MAS spokesperson regretted that the authorities in charge of the country’s security did not comment after the attack against Luis Arce.

The spokesman for the Movement Toward Socialism (MAS), Sebastián Michel, denounced this Thursday an attack against president-elect Luis Arce, employing an explosive device, at the campaign headquarters of the political group in the Sopocachi neighborhood of the Bolivian capital, La Paz.

According to the spokesman for the political group, the attack was perpetrated by a group of people who detonated a device with dynamite when a meeting was held in which the president-elect Luis Arce participated, according to a MAS press release.

RELATED CONTENT: This is What Diosdado Cabello said About the US Election Fiasco

“A few minutes ago we were victims of an attack by a group that left a bundle of dynamite in the tent where our own President-elect Luis Arce was having a meeting. We are very concerned about what is happening,” said the representative in an interview with Televisión Universitaria and Red Uno.

Sebastián Michel regretted that the authorities in charge of the country’s security did not make a statement on the matter and did not provide the necessary security for an authority who was elected by the majority of the Bolivian people.

“We have not seen any statement on the subject by the Minister of Government Arturo Murillo, so we feel that we are at the mercy of anyone, totally unprotected, and that no one is giving us the necessary guarantees for the security of our authority,” he added.

The MAS representative pointed out that the attack is part of the climate of violence promoted by sectors of the right after the electoral victory of Luis Arce. Michel specified that at the time of the attack there were meetings of those in charge of monitoring information, and of the commission working on the inauguration ceremony.

Bolivia's COB worker federation is preparing to defend the incoming MAS government "which represents our ideology and social conscience and class struggle."

Bases have been summoned to protect the inauguration of @LuchoXBolivia. https://t.co/ypqn0lVPsm

The inauguration is scheduled for Sunday, November 8, at the Bolivian Legislature, which would end almost a year of de facto dictatorship headed by Jeanine Áñez with the blessing of the United States. MAS sympathizers in social networks are warning about a possible plan promoted by the de facto government to sabotage the inauguration by promoting violence. Early Thursday authorities from the COB workers’ union invited all their members to defend the incoming MAS government and summoned its base to protect Arce’s inauguration.