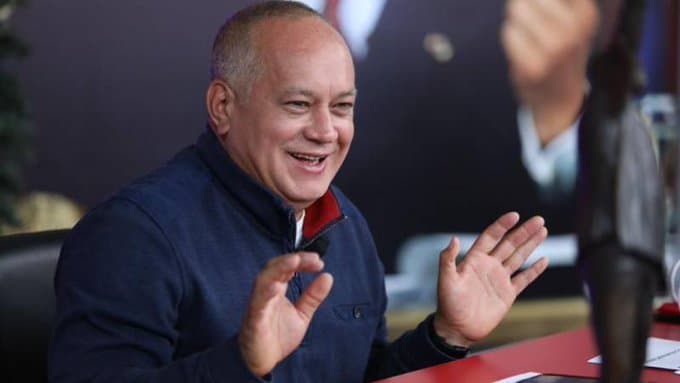 During his TV show Con El Mazo Dando, broadcast by VTV, Cabello said: “What happens in the United States has nothing to do with us,” in reference to the tense situation that the North American country is experiencing due to the absence of official results for the presidential elections held November 3.

For the last forty-eight hours the presidential elections results have been delayed in the United States, with unsubstantiated claims of fraud and legal maneuvers initiated by President Trump in an attempt to deepen the vote suppression strategy initiated months ago in the country that claims to be the birthplace of democracy, and to have the best democracy in the world.

“The government of the United States doesn’t obey a political project for the people, they only obey the interests of corporations, and everyone who becomes president has to obey the guidelines given by these corporations, especially on economic issues. It all comes down to financial matters and whoever doesn’t comply… will face the consequences,” he commented.

Cabello said that Venezuelans should worry about their everyday work, and remain loyal and preserve their dignity in the face of the continued harassment by the US regime against the Caribbean country. “I have no doubt that we will win,” stressed the political leader.

In a major international fiasco the Democratic Party candidate Joe Biden, and the Republican Party candidate Donald Trump, have been announcing for almost forty-eight hours that each is the winner, when it’s clear that Joe Biden, by popular vote and by electoral college (if the delegates from Nevada are added) is the winner in this race—a winner with a very narrow margin, but a winner.  The same uncertainty applies for the results in the Senate and the House of the US Congress, where no majority have been defined either.

“It causes one a feeling of embarrassment for the fiasco the US electoral system is evidencing, only possible in the worst of democracies, if at this point one can dare to call the US a democracy. The democratic party did a terrible job annulling the campaign of its more popular candidate, Bernie Sanders, and choosing Biden instead, who represents the most conservative wing of the party. Then they didn’t have an aggressive campaign or a clear electoral offer besides getting rid of Trump, which explains this awful narrow margin that seems to give the advantage to Biden,” said Jesus Rodriguez-Espinoza, Orinoco Tribune’s editor.

“It’s terrible to witness President Trump undertaking all kinds of maneuvers to discredit the elections, or looking for ways to discard mail-in ballots that represent the will of the people, the most important thing in a real democracy. Meanwhile no one seams to care in the other branches of the US State, nor seems to be trying to put a stop to this embarrassment. This is the most recent and strong show of US decline at all levels, and all of this is happening while thousands of US citizens die every week due to the mismanagement the COVID-19 catastrophe by the Trump administration—something that Joe Biden hasn’t addressed properly either. Therefore one can only imagine that in the coming months the US will see more COVID-19 deaths along with violent clashes between Trump fanatics and democratic party operators, mixed with socialists or progressives, seeking a real change in the US,” he added.