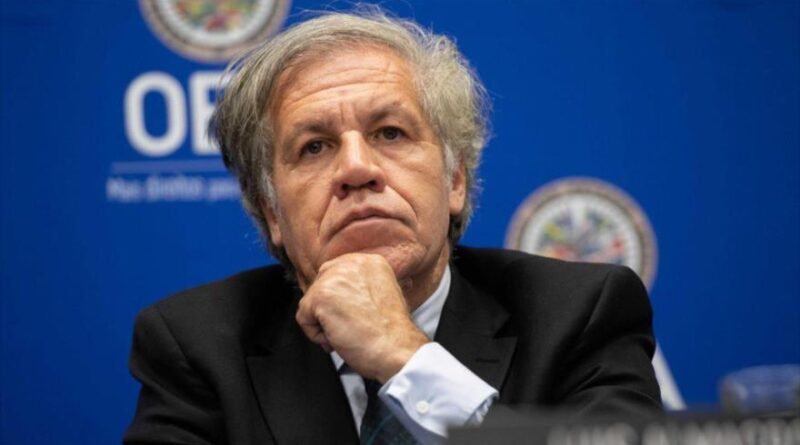 The Bolivian government is evaluating legal measures against the Organization of American States (OAS) Secretary General, Luis Almagro for his interference actions.

In an interview with the Red Uno network, the Bolivian Minister of Justice and Transparency, Iván Lima, said on Monday that legal action will be taken against Almagro for his claims regarding the alleged electoral fraud of the 2019 presidential elections in Bolivia and his support for the coup.

Bolivia responds to the OAS:

"Once again, Luis Almagro pronounced himself using human rights discourse to favor the particular and political interests he represents; leaving aside defense of the victims of very serious human rights violations committed by the defacto government" pic.twitter.com/x3vGFsTfRf

In this sense, the official added that if they could prosecute Almagro and bring him to the country to be held accountable for his “serious claims and the irresponsibility of his report on the 2019 elections,” they would. He also stressed that the OAS Secretary-General acted with “profound irresponsibility” and “destroyed the democratic process” of the government of former President Evo Morales.

In recent news, the OAS has proposed setting up, within the framework of the United Nations (UN) system and the OAS, an international commission to investigate cases of corruption for the Morales government and the period of the former de facto government of Jeanine Añez.

Regarding the detention of Áñez and other officials of her government in recent days, the OAS has questioned the Bolivian judicial system, stating that there are no guarantees of a “fair trial, impartiality and due process” against former authorities of the government, something it forgot to mention when the Jeanine Áñez dictatorship was launching the political persecution of hundreds of MAS supporters.

For his part, Morales rejected the OAS position and accused Almagro of crimes “against humanity.” “Almagro never commented on the 36 murders, more than 800 wounded, 1,500 illegally detained and hundreds persecuted,” Bolivia’s former president said Monday on his Twitter account.