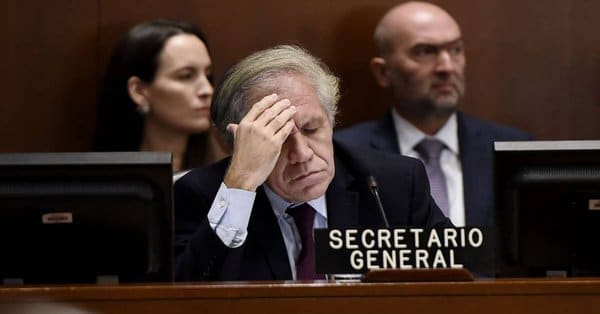 The Secretary General of the OAS, Luis Almagro, spoke out against the judicial case in Bolivia against the coup plotters of November 2019.

Almagro denied the coup, referred to the dictatorship as an “interim government,” and dismissed the legal case as political persecution.

Former President Evo Morales rejected the position of Almagro, whose organization was a participant in the crisis that destabilized the South American country.

Morales wrote on his Twitter: “Almagro’s statements are a new attack on democracy: they deny Áñez’s self-proclamation, the massacres, the 1,500 illegal detentions, persecution and corruption in a pandemic, which is a crime against humanity. The struggle of the humble people cannot be ignored.”

As if nothing had happened
The OAS Secretary General, in a statement, expressed that he does not trust Bolivian justice. He said that this power is co-opted by the MAS party and suggests a “fair trial” to judge “the allegations of possible crimes against humanity” against Jeanine Añez and several of her ministers.

The OAS document is an ode to omission, complacent euphemisms, and untimely accusations, and it denounces the Arce government for the crimes committed by Áñez’s de facto government.

The Organization of American States created the conditions for the coup against Evo Morales when its electoral technical mission declared that fraud had occurred in the process.

The agency’s report provoked violent demonstrations by the right wing, harassment of progressive leaders and persecution to instigate the resignation of officials in exchange for respect for their lives and that of their families.

The de facto regime deployed repression against the people, ordered several massacres, carried out violent arrests and censored the media. At the same time, it persecuted foreign journalists and allowed diplomatic missions to be harassed by extremist groups.

Featured image: Luis Almagro, one of the most nefarious OAS Secretary Generals. The regional body is in its worst shape ever due to his anti-communism.