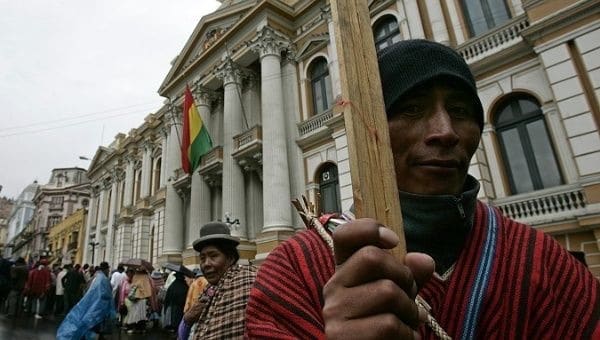 A special parliamentary commission investigated the privatization process that began in 1985 and ended in 2005.

Seven Bolivian governments fostered the privatization of 212 companies, which caused great economic damage, totaling some US$22 billion, according to a report prepared by a special commission that was presented Tuesday before the legislative plenary session.

The chairman of the special commission, Senator Ruben Medinacelli, said that the investigation is “eminently technical” and studies the neoliberal governments, which halted Bolivia’s economic development.

Over a 20-year period, 157 public companies out of a total of 212 were privatized, of which seven were considered “strategic” because they granted surpluses to the State. Another 55 companies maintained institutional continuity although with difficulties. “Senator Ruben Medinacelli, president of the Privatization Commission, presented today the investigation on privatization and capitalization that happened in Bolivia in the 90’s.”

The president of the Chamber of Deputies, Gabriela Montaño, stressed that among those politicians responsible for the country’s losses are some current presidential candidates, alluding to ex-presidents Paz Zamora and Mesa.

The privatization process began in 1985 and was intensified in the 1993-1997 period with the so-called “capitalization” or sale of the largest Bolivian state-owned companies to foreign private firms. President of the Chamber of Deputies, Gabriela Montaño: “A model was created to destroy the Bolivian State and turn it into a dwarf. That was the State we received in 2005. Privatization and capitalization equals neoliberalism.”

According to the commission, several irregularities were found in this process, but it will be another instance that typifies them and identifies their actors in a legal process.

The reading of the report continues Wednesday with the analysis of the capitalization period and will end Thursday when the final results of the research will be established and presented.