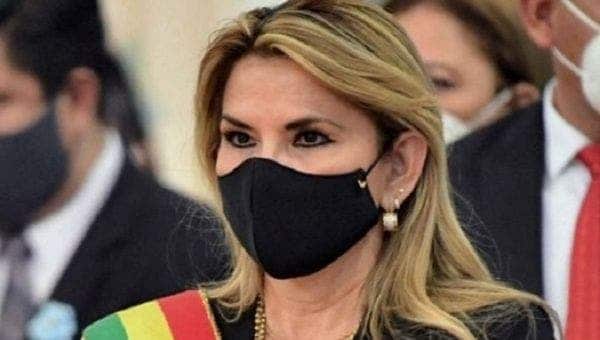 October 27, 2020.-  The ministers of foreign affairs, defense, interior, and justice could also be subject to criminal proceedings.

A special committee of the Bolivian Parliament on Monday recommended starting trials against the leader of the coup-born regime Jeanine Añez and some ministers for the massacres of Sacaba and Senkata that took place in 2019.

The final report of this committee was referred to the National Congress, where it must be approved by two-thirds of its members for it to enter into force.

If approved, the self-proclaimed president Añez will have to answer to justice for signing the Supreme Decree 4078, which authorized the Armed Forces to carry out operations to restore “public order” and exempted the military from any criminal responsibility.

After the coup d’état against Evo Morales in November 2019, the military forces executed the massacres of Senkata and Sacaba, where 37 people were killed, 27 of whom died from bullet impacts.

RELATED CONTENT: Harvard Denounces Massacres by the Añez Government in Bolivia: “They Shot at us Like we Were Animals”

The fight isn't over now. It's just beginning. President-elect Luis Arce has a lot of work ahead of him undoing the damage of the anti-indigenous and anti-worker Añez coup regime. pic.twitter.com/LdenyyxPIf

The Movement Towards Socialism (MAS) lawmaker Victor Borda pointed out that Añez will have to face a trial of responsibility for the crimes of genocide, murder, attempted murder, serious injuries, injuries followed by death, and criminal association.

Although investigations are being carried out based on information provided by civilians who were present at the moment of the massacres, the families of the victims are still waiting for the authorities to clarify those events.