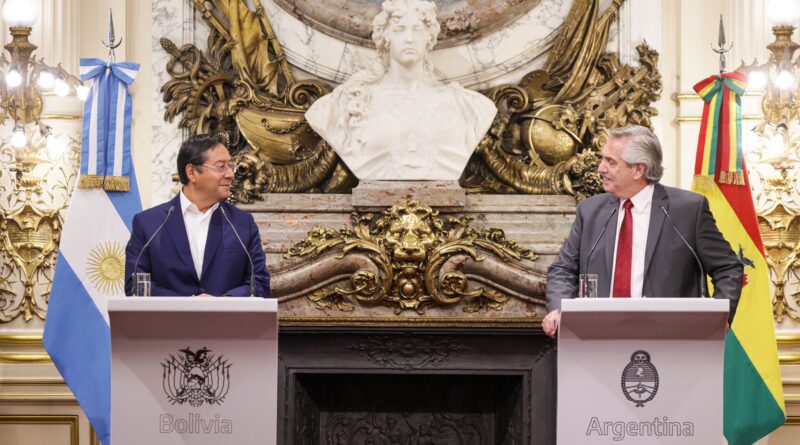 The President of Bolivia, Luis Arce announced that his country will guarantee gas supply to Argentina, and also expressed an intention of signing bilateral agreements on the issue of lithium extraction.

“Argentina has its gas supply guaranteed, as it did last year,” stated President Arce on Thursday, April 7 during a joint press conference with Argentine President Alberto Fernández. The two presidents had a bilateral meeting in Casa Rosada, the presidential seat, in Buenos Aires, capital of Argentina.

Arce announced that both Argentina and Bolivia are determined to sign mutual agreements on lithium extraction. He added that Bolivia is willing to sign important agreements not only with Argentina but also with other countries.

Calling Argentina a sisterly nation, Arce stressed that when helping a family member, one has to give “what one has and not what one has left over.”

For his part, Fernández thanked the Bolivian government for its cooperation and explained that the previously signed gas contract will still be in force under the same conditions. He added that Bolivia has “assumed an additional commitment… if there is an increase in gas production, Argentina will have priority to be able to access this increment.”

Bolivia and Argentina criticize destabilization attempts by the right wing in Peru
The latest regional events, including the political instability that Peru is experiencing, were among the issues addressed by Arce and Fernández at Casa Rosada.

Arce pointed out during the joint press conference that the Peruvian right is trying to achieve by coup what it could not achieve at the polls.

Fernández, in turn, criticized that the Peruvian opposition is seeking a crisis and assured that, as the pro tempore president of the Community of Latin American and Caribbean States (CELAC), his government would do everything possible to “preserve Peru’s institutions.”

Due to political instability, Peru has had five presidents and three parliaments during the last five years. Since the beginning of his mandate, beginning in July 2021, President Pedro Castillo has faced repeated impeachment attempts from the opposition, from those who have not recognized his victory in the presidential elections and who are causing the current political instability.