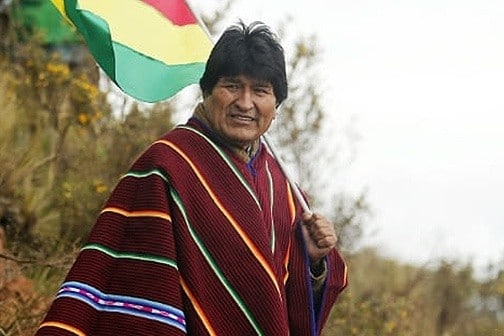 How does Evo Morales fit in that pessimistic thesis of the “end of the progressive cycle?” He does not fit at all. Bolivia decided once again that they want more of Evo Morales. With 16 percent of the votes still to be counted, with a strong amount of those votes in rural areas, the indigenous President reached 45 percent of the votes with a difference of 8 points over his closest contender, Carlos Mesa (37%); the third place was achieved against all odds by Korean evangelist minister Chi Chung, who got 8%. He represented a novelty with his extreme conservative speeches; the big loser was Oscar Ortiz, the “Jair Bolsonaro” from the Santa Cruz province, who got 4%.

The surprise in the election was not Evo Morales’ good turnout after 14 years in office. The most noteworthy development was the anti-Evo vote consolidated among the opposition, through which Carlos Mesa—in second place—gained a good amount of Oscar Ortiz’s supporters. This had already been noted in the last survey conducted by the Latin American Geopolitical Strategic Center (CELAG). Mesa had a very low positive image (33%) but his electoral ceiling reached 40%. How can this be explained? It is because the useful anti-Evo vote was more latent this time. It’s like if part of the momentum of a run-off were already present in this first round. This is to say, the most radical anti-Evo voters decided to vote for the candidate in second place and still they remained at a significant distance from the indigenous leader.

From here on, it’s going to be difficult to guess what’s next. Evo Morales said the electoral process is not over because he puts his trust in the vote from “peasants” and he said he could have a victory on first round. Mathematically, it is possible. In turn, his opponents are already talking about a run-off scenario. Let’s see what happens in the coming hours or perhaps days.

RELATED CONTENT: Evo Morales: “The Opposition Will Not Recognize Election Results” – Denounces a Coup in the Making

But the truth is that after a decade in office, the Bolivian leader continues being the only one tuning into his people and common feelings. Citizens are not only voting for a good electoral campaign, not even for a specific fact imposed by the current situation. When deciding what the best option to govern the country is, the reality is more conclusive than any headline in the opposition media. People are voting Evo as President because he stands for more social rights, because he feels more proud of being Bolivian, because the country is experiencing great stability; and, above all, because they are better in economic matters in their day to day lives.

This does not mean that everything is ideal. It’s an impossible scenario in a real democracy with a society with more and more aspirations. It is “normal” that citizens demand more every day and this is why the votes favoring Evo are important, even though the gap is not too big compared to his closest opposition bloc. Nevertheless, whether there are 8 points, or more than ten (which would guarantee a victory in first round), there is a broad distance between the process of change headed by Evo and his rival, proving that the Bolivian people are still looking positively that there is in fact a non-neoliberal alternative, with policies to redistribute their wealth, with sustained economic growth, policies of a nationalist financial system, and greater sovereignty without asking for request to the International Monetary Fund. 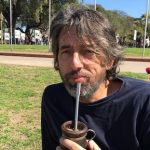