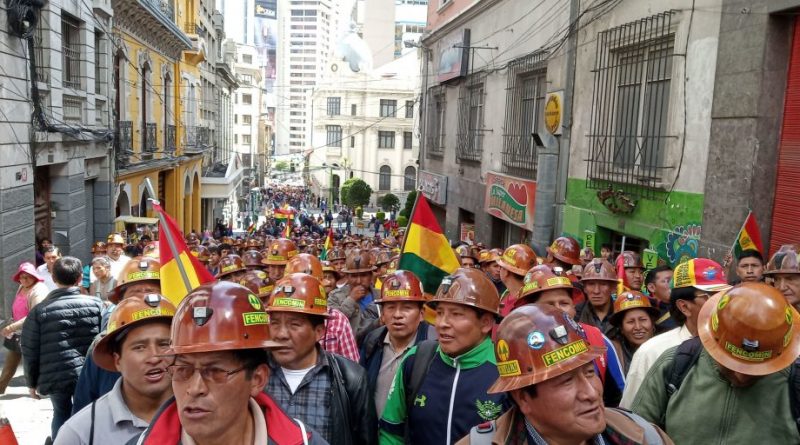 Massive mobilizations are taking place in different Bolivian cities in defense of re-elected president Evo Morales and his party Movement Towards Socialism (MAS).

RELATED CONTENT: Solidarity With the Government and People of Bolivia in the Face of the Coup Threat

People are mobilizing in response to the right-wing opposition that is refusing to recognize the election results announced on October 24. Morales emerged victorious with an over ten-point margin, eliminating the need for run-off elections.