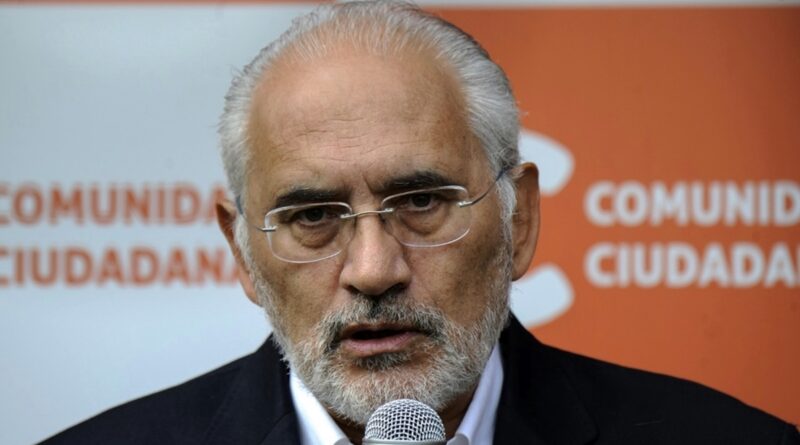 Carlos Mesa, candidate of the Citizen Community (CC) for the presidency of Bolivia, accepted exit poll results indicating that the winner of this Sunday’s elections was the candidate of the Movement of Socialism (MAS), Luis Arce.

In a press conference, Mesa pointed out that CC accepts the results announced late this Sunday, which “clearly define a winner in the first round.”

According to an exit poll conducted by the Ciesmori company and announced on the TV network Unitel, Arce and running-mate David Choquehuanca, will win the elections with 52.4%, of the votes while Mesa only reached 31.5%.

In addition to Mesa’s recognition, the MAS team has already received congratulations from the de facto president of Bolivia Jeanine Áñez, the Secretary General of the OAS Luis Almagro, and from the presidents of several Latin American countries such as Cuba’s Miguel Díaz-Canel and Venezuela’s Nicolás Maduro.

His position a year ago

Mesa was also a candidate in the 2019 elections, in which then-President Evo Morales was reelected; but, unlike this time, on that occasion he did not recognize the ex-president’s triumph, pointing out that it was “a scandalous fraud.”

The opposition’s ignorance of the electoral results unleashed a wave of protests in the South American country in November, 2019. This led to a military coup against Morales, the installation of a de facto government, violent repression of social movements and MAS politicians, and finally the call for new elections -all with the blessing of the Organization of American States (OAS) and the US Embassy in La Paz.