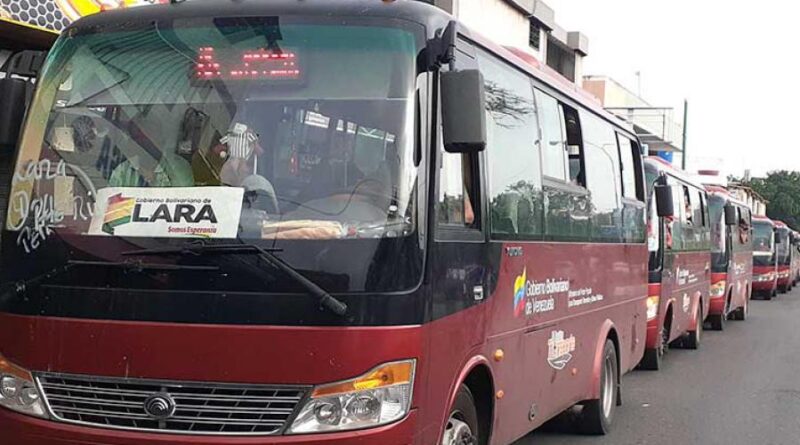 The President of the Bolivarian Republic of Venezuela, Nicolás Maduro, rejected the international media campaign, led by CNN en Español, which has silenced the attention that Venezuelan government gives to migrants who have returned to the country fleeing from Brazil, Colombia, Peru, Ecuador and Chile.

He assured that contrary to what they say, Venezuela is the “only country in the world that is receiving reverse migration. That’s the truth! ” He stressed during the COVID-19 briefing meeting.

In this sense, he specified that 134,975 migrants have legally entered the country, of these, 9,083 people have tested positive for the disease through the PCR test. He added that all migrants have been tested, given free medical care, and medicines required for the treatment of COVID-19. They also receive free bed and breakfast, transport to their houses by bus or by air, nd stimulus checks electronically paid through the Patria System.

“70,000 migrants have also entered the country illegally, and we estimate that 10% of them came infected with COVID-19, especially from Colombia, but we have already solved that problem,” Maduro reported.

It also rejected statements by José Miguel Vivanco, on behalf of the NGO Human Rights Watch. “Vivanco lies… we are the only country in the world that is receiving reverse migration. More than 200,000 Venezuelans have returned to their country, and we take care of them with love.”

“The lie that he has told about Venezuelan migrants is vulgar, the truth is this: 134,975 migrants have entered legally, of these, 9,083 people have tested positive for the disease through the PCR test, which ranges between 6 and 10% of the people who have entered. All the migrants have been tested, and they are given free medical care and medicines that they require to overcome the coronavirus,” the President stressed.

Similarly, he recalled that his administration has installed Comprehensive Social Care Posts (PASI) on the border to receive returning migrants, and to provide free medical care.

He pointed out that the Executive also gives economic support through the Homeland Card (Carnet de la Patria) to the returnees, and transfers them in modern buses or by plane to their homes, totally free.

“The Bolivarian Government also sends Conviasa planes to return, free of charge, thousands of Venezuelans who want to return to their homeland from abroad,” he said.

“US Sanctions and blockade, plus harsh economic conditions, make it a difficult task for the Venezuelan government to realize its humanistic nature, but in spite of that the government does it. The conditions in the PASI are far from perfect but there is a humongous difference from the care provided by Colombian, Brazilian, Peruvian, Chilean or Ecuadorian governments to their own citizens. Besides that, you have Venezuelans lacking conscience who, due to their political bias or problematic behavior, complain of everything provided by the Venezuelan government, because they know that here they won’t be silenced with death or repression as in many South American countries; so additionally Maduro’s administration has to deal with that other problem too,” said a political analyst to Orinoco Tribune.