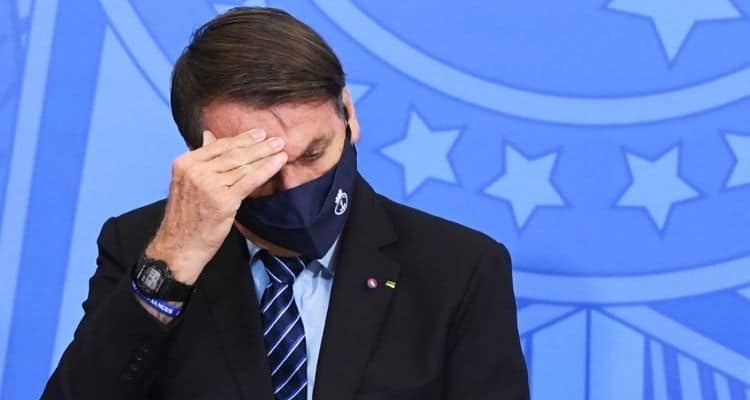 Weakened by the accumulation of unresolved problems that are worsening, and with support at its lowest level, Bolsonaro played all his cards in the mobilizations of September 7, Brazil’s Independence Day.

For two months, since when he started calling for these mobilizations, he had been announcing that they would be the largest the country had ever seen—he later predicted that there would be 2 million people in Sao Paulo.

He proposed direct attacks on the Supreme Federal Court (STF) and even on the Chinese Embassy, predicting that the day would end in a counter-coup. This was because Bolsonaro considered that there would be a coup against him, on the part of the judiciary and the media, which would lead Lula to the presidency of Brazil.

Likewise, Bolsonaro claimed that the judiciary would not let him govern, simply because the STF had started to make decisions against the bolsonaristas who threaten the same judiciary systematically on the internet. Several of them have been imprisoned, in addition to being prevented from collecting resources through the internet, and having their accounts blocked.

With the demonstrations of September 7, Bolsonaro intended to regain his strength, to retake the initiative, to reinforce his attacks on the judiciary. But, except in São Paulo, the number of people who turned up was lower than expected. The newspaper Valor Económico, for example, states that it was “disappointing” for Bolsonaro, and that, in Brasilia, for example, only 5% of the expected number of people turned up.

In his speeches, in Brasília and São Paulo, Bolsonaro concentrated his attacks on the judiciary, stating that it would “pay the price” if it did not back down and continued to limit the president’s capacity for action. He also reiterated his willingness to disobey the decisions of the judiciary. He went so far as to say that he would convene the Council of the Republic, a body that could discuss the intervention in the provinces or decree a state of siege. But, when he did not receive a positive response from the members of that Council, he withdrew the convocation.

As a whole, if he wanted to change the situation of attrition affecting him this year, he has not succeeded in doing so. On the contrary, these events increased it. The threat of violent actions or some kind of invasion of the parliament in Brazil did not manifest itself in any action. Even the Social Democratic Party (PSDB) called a meeting to discuss the possibility of Bolsonaro’s impeachment.

At the same time, as is traditional in Brazil, demonstrations were called throughout the country This year the theme was the Cry of the Excluded, in repudiation of Bolsonaro. Rallies were held in 17 capitals and in 47 other cities throughout the country. The opposition will soon resume the dynamics of national mobilizations against Bolsonaro.

So with September 7 now past, the country returns to its economic crisis situation, as rising inflation and political instability have undermined the chances of any kind of economic recovery. Bolsonaro will have to face the election year with economic stagnation.

There is no sign of recovery from unemployment of more than 14% in the country, to which is added a much larger number of people living on the edge in precarious situations. The social crisis only tends to worsen all the social indicators.

The pandemic continues, although the number of cases and deaths is falling, due to the progress, albeit slow, in rates of vaccination. Only a little more than 30% of the population has received the second dose.

The days of September will not be good for Bolsonaro. He played all his cards, but the demonstrations in his support were not the biggest ones; there were no attacks on the STF, or on the Chinese Embassy, and neither could he give the command to counterattack as he had announced. Bolsonaro neither strengthens nor reverses the rapid trend of Brazil’s attrition.