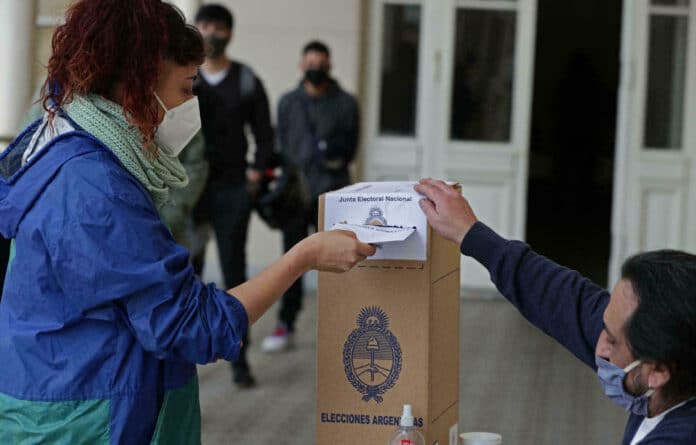 On Sunday, September 12, Argentina held primary elections to select candidates who will run for Congress on November 14. Many consider this an opportunity to test support for Kirchnerismo in Argentinian politics.

The opposition forces are betting that the leadership of Alberto Fernández, whose running mate for vice president is the Peronist leader Cristina Fernández de Kirchner, will suffer at the polls, be rejected, or voters are tired of him.

For its part, “the ruling party,” as the Argentine right calls Fernández’s administration, has its sights set on securing the nominations and achieving a significant victory in the Chamber of Deputies and the Senate.

At this time, it is essential for the Argentine government to have greater control of the parliament in order to be able to pass laws necessary for the economic activation that the country needs. The four years of extreme neoliberal policies implemented by former President Mauricio Macri dragged the Argentine economy into chaos.

The Simultaneous and Obligatory Open Primaries (PASO) of Argentina called to polls an electorate of over 34 million citizens. The candidates chosen in the process will fill 127 of the 257 seats in the Chamber of Deputies and 24 of the 72 seats in the Senate.

RELATED CONTENT: Argentina, the US Will Come for You Next

Total normality
According to the reports on Sunday afternoon, already 36% of the voters had cast their vote. However, authorities announced that they would extend the hours in the voting centers due to the influx of people.

After voting, President Alberto Fernández highlighted that the PASO constitutes an opportunity to strengthen democracy in Argentina and would determine candidates for the Congress. In total, around 17 thousand electoral centers were set up throughout the Argentine territory.

According to Argentine analysts and party spokespersons, the legislative primaries represent a challenge for Alberto Fernández. Through this process, candidates are chosen from all political organizations in a kind of first round for the vote in the legislative elections scheduled for November 14.