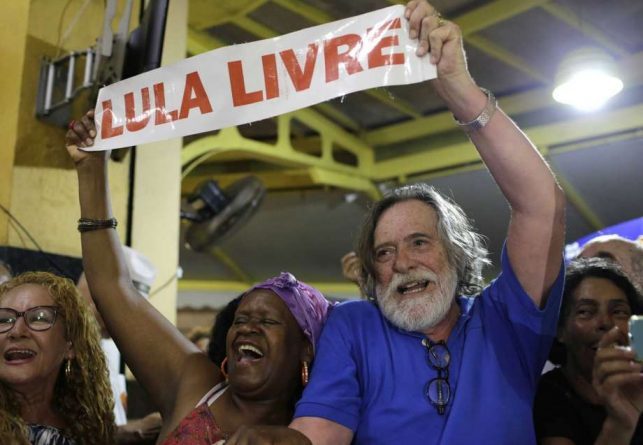 The Brazilian interpreter José de Abreu was received by hundreds of followers at the International Airport of Rio de Janeiro (Brazil).

The 72-year-old actor, who through social networks, jokingly, had proclaimed himself president of Brazil, imitating Juan Guaidó, has grown as a movement that thousands of people now sympathize with.

In recent days the right wing President of Brazil, Jair Bolzonaro threaten to put him behind bars and that has catapulted a new movement that started as a joke in response to the circus-like operation promoted by the US government in Venezuela and supported by the Brazilian Government with Juan Guaido as a puppet that after several defeats -including the last electric sabotage- has began talking again about a US military intervention in the land of Bolivar.